7 Reasons The Force Is Strong In The West Country 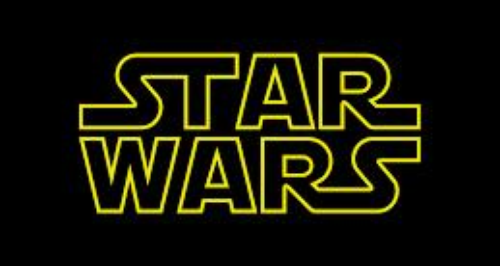 You don't have to go to a galaxy far, far away to feel the force - it's right here in the West Country and we can prove it.

So it's time to have a look at the West Country's connection to the hit movie series!

REASON I: The Galactic Empire is in,
...the Forest of Dean

Check out this letter, it was written to Mark the final day of filming for the upcoming Star Wars. It thanks the "extraordinary" cast and crew for working "from the deserts of Abu Dhabi, to the Forest of Dean".

The rumours were all but confirmed that Pegg (who's a massive Star Wars geek) will have some role in the new movie when he appeared in a behind-the-scenes video at this years Comic-con. We're not sure about this hat though...

The Hollywood superstar is playing Prof in this years 'Snow White' at Bristol Hippodrome. He played Wickett, the Ewok, in 1983's 'Return of the Jedi'. And he joined Heart turning on the Chippenham Christmas lights...

This man from Swindon is such a fan he's changed his name by deed poll to Luke Skywalker! Luke has got one of the biggest collections of Star Wars memorabilia in the UK, he even owns a fancy dress shop by the name 'Skywalkers'! Check out some of his awesome collection:

There are many though, that actually follow the 'Jedi Religion'...

REASON VI: Darth Vader is from Bristol... Sort of

Although he didn't provide the voice, Bristol's David Prowse, played the physical form of Darth Vader in the three original movies.

With his strong West Country accent we would have loved it if he'd voiced everyone's favourite enemy... 'What's on Luke, don't mean to cause a spuddling, but I am your father...' That would be so gurt lush.

May the 4th is a celebrated Star Wars day, but it was also the day Nick & Rachel Beaven from Trowbridge tied the knot! Guests on the big day included Darth Maul, a Stormtrooper and an inflatable R2D2!

And they're not the only couple who get Star Wars fever on their wedding day - check out this bride and groom who had a lightsaber inspired first dance!