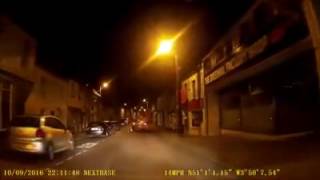 Crack down on other road users who break the law and drop litter in North Devon.

North Devon Council is encouraging motorists to report anyone they see dropping litter, so that possible action can be taken, helping to send out a clear message that litter louts will not be tolerated.

It follows a recent case where a local driver filmed a littering incident on his dashcam, which enabled the council to trace the culprit and issue them with a fixed penalty notice.

Executive Member for Environment, Rodney Cann, said: "Every year, we spend thousands of pounds of North Devon Council taxpayers money to clear up litter along our roads.

What's even more disheartening is as soon as it's picked up, it starts building up again.

Put simply, our roads are not one massive tip, so we need to work together to stop them being used as one."

The crackdown on vehicle littering in North Devon is being supported by anti-litter charity Keep Britain Tidy.

Helen Bingham from Keep Britain Tidy said: "Some people think that throwing their rubbish on to the roadside isn't harming anyone but that is not the case.

It's quite simple, keep your rubbish in your car until you can put it in a bin - our roadsides are not a bin."

If you spot litter being dropped from a vehicle, please report it to North Devon Council by going to www.northdevon.gov.uk or phoning 01271 374776.

For us to take action, we will need you to provide the registration plate, colour and make of the vehicle, along with the location and time of the incident.

You must also be prepared to give a witness statement.

If caught dropping litter, drivers can be given an instant fixed penalty notice of £75, with disputed or more serious cases going to court.

There are also heavier fines for larger amounts of fly-tipping.

Meanwhile, Keep Britain Tidy has produced a car window sticker for drivers to help spread the word of car littering and to shame other irresponsible drivers.

To order your sticker, please go to their website.