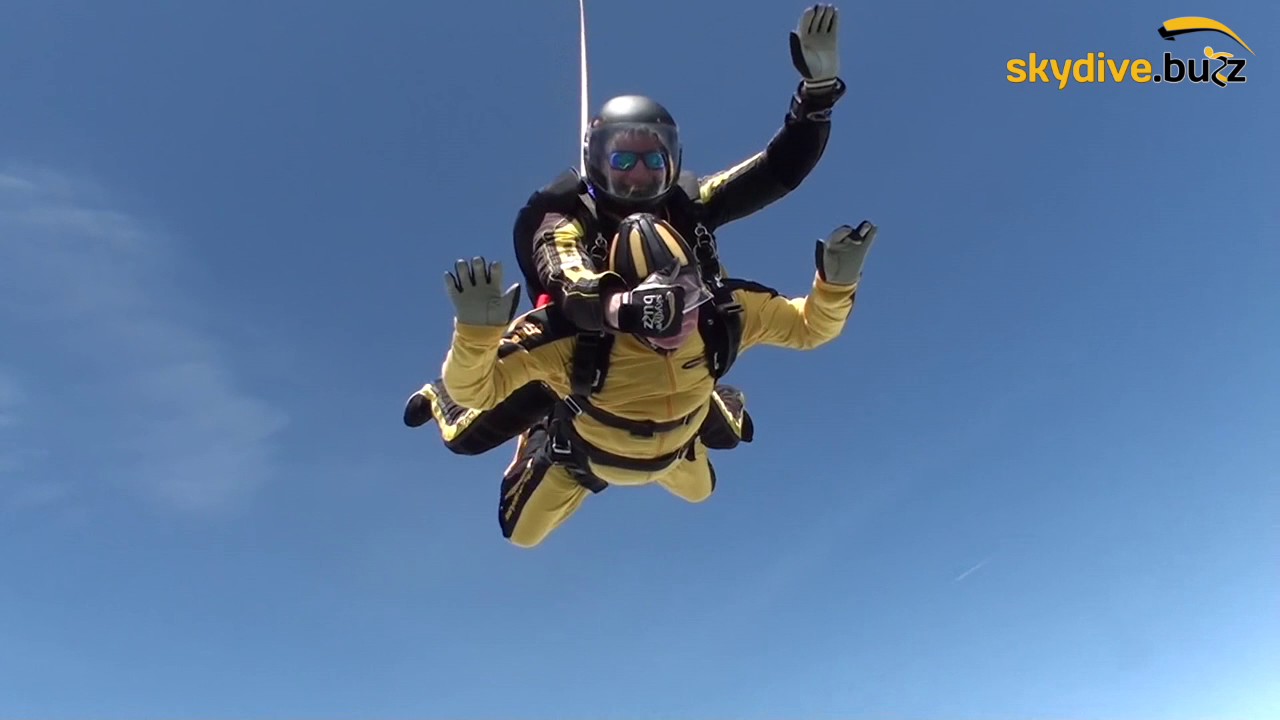 A D-Day Veteran from North Devon has become the World's oldest person to skydive.

A D-Day veteran who jumped 15,000ft from an aeroplane has become the oldest person in the world to skydive - at the age of 101 and 38 days.

Verdun Hayes completed a tandem skydive with three generations of his family at Dunkeswell airfield in Devon.

Speaking as he touched down, the former lance corporal in the Royal Signals said "hooray'' and added that he was feeling "absolutely over the moon'' at completing the challenge.

The great-grandfather from Croyde, only tried skydiving for the first time last year when he reached 100 - breaking the British record for the oldest skydiver.

He was determined to take the world record and beat its previous holder, Canadian Armand Gendreau who skydived in June 2013 aged 101 and three days.

Verdun took to the skies with members of his family at Skydive Buzz in Dunkeswell, all raising money for the Royal British Legion. He was joined by great-grandson Stanley, 16, his grandson Roger, 50, son Bryan, 74.

Speaking to Heart, Verdun says he'd like to try wing walking next, saying "that depends on my doctor on whether or not he'll allow me to do it".