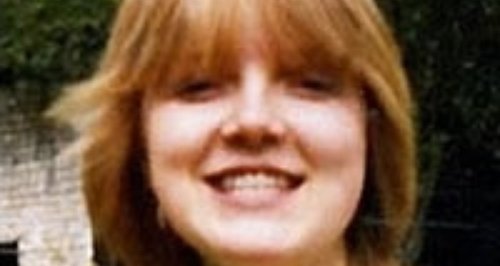 A 63-year-old man from Bristol has appeared in court charged with murdering a teenage girl in Bath more than 30 years ago.

17 year old Melanie Road was sexually assaulted and died from multiple stab wounds to her chest and back during the early hours of June 9 1984. The teenager had decided to walk the 15 to 20 minute journey home following a night out with friends in Bath.

Her body was discovered at 5.30am by a milkman and his 10-year-old son, close to a block of garages a short distance from her home.

Christopher Hampton, 63, appeared before Bath Magistrates' Court having been charged with Melanie's murder over the weekend. He spoke only to confirm his name, date of birth and home address of Staple Hill, Bristol, during the five-minute long hearing.

Dick Ensom, chairman of magistrates, adjourned the case to Bristol Crown Court on Tuesday and remanded Hampton in custody. Members of Melanie's family, who sat in the packed public gallery of Court 1, wept during the proceedings.

Detectives arrested Hampton on suspicion of murdering Melanie last week. He was charged with the offence over the weekend. Last year, Avon and Somerset Police began DNA testing hundreds of men who had been in the city at the time of Melanie's death. She had gone out for the evening on June 8 1984 with her boyfriend and friends to the Beau Nash, a nightclub in Kingston Parade. Melanie left the club at 1.30am on June 9 and was last seen alive by her friends a short time later in Broad Street.

Last year, Melanie's mother Jean, sister Karen and best friend Susie Lecomber spoke about the impact the murder has had on them. Mrs Road wrote an open letter to coincide with the 30th anniversary of her daughter's death, appealing for anyone with information to come forward. The 80-year-old wrote: "We mourn for our daughter and sister Melanie every minute, hour of the day and night.''

Melanie's sister, Karen Road, added: "As much as this was 30 years ago, for me, it's every day and it never gets easier, and I can't move on. The pain remains as strong today as it did when Melanie died.''

Melanie's best friend, Susie Lecomber, now a mother-of-two who works as an osteopath, said: "I would desperately like to be able to stop thinking about her death and think more about when she was alive and friendship we had. She was one of those people who was kind, caring but had confidence.''