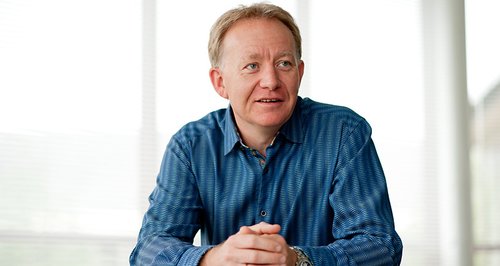 The University of Bath is to launch the UK’s first centre for evolution research, following the largest ever donation to the University from one of its science graduates.

Dr Jonathan Milner (pictured above), who graduated in Biology & Biochemistry at Bath in 1988, is donating £5 million towards establishing the Milner Centre for Evolution. The gift will help support the construction of new research facilities and will contribute to new research projects and new appointments including academic researchers and a full time public engagement officer.

The Milner Centre for Evolution will be the first of its kind in the UK and only the second in the world to focus on evolutionary research. It will concentrate on three related strands:

·         Fundamental research into how life evolved, from investigating the evolution of genes to studying fossil records;
·         Applied research into the evolution of microbes, including genetic tracking of MRSA infections, and applying this knowledge to improve medical treatments;
·         Communication of evolution research to the public, including improving the teaching of evolution in schools at primary and secondary level, running free open access online courses (MOOCs) and using evolution to improve public health messaging.

Following his PhD at Leicester University, Dr Milner returned to Bath in 1995 as a post-doctoral Research Fellow for pharmaceutical company Pfizer on a project involving antibody engineering. He later went on to found Abcam, one of the major suppliers in the world of antibodies for scientific research.

He is a long-term philanthropist to higher education with a particular interest in evolution. Previous projects to which he has donated include the Darwin Correspondence Project which aims to digitally publish all of Darwin’s letters.

Dr Milner founded the Evolution Education Trust in 2011 and helped set up and fund GEVOteach, a research initiative at the University which aims to improve the teaching of genetics and evolution in primary and secondary schools in the UK. He is currently funding three PhD students at Bath.

He was awarded an Honorary Doctorate from the University in 2013 for his services to life sciences. He commented:

“Evolution is the foundation of modern biology and something I’m really passionate about. It is too important to keep just for the academic community – I feel it’s a moral responsibility for scientists to share our knowledge with the rest of the world. Evolution is not just about the history of life on Earth but about us, and how we came to be as we are, touching on issues of philosophy as much as biology. Applied evolutionary research can help us develop better health policies, advance medical treatments, and even improve public health messaging.

No other world centre combines outreach with research and so our Centre will not simply be providing world-class evolution research, but will also engage the public in that research so that everyone can learn and benefit from this knowledge. Bath is where my scientific career began and with the world-leading research into evolution already going on there, it is the natural place to choose for this Centre.”

“The University is delighted to accept this exceptional gift from Dr Milner, which is a landmark moment in our history. The new Centre will establish Bath as a unique hub of excellence for world-class evolutionary research in the UK.

We are particularly excited to be announcing this new venture on the evening we launch our ambitious £66 million fundraising campaign ahead of our 50th Anniversary celebrations next year. We anticipate that this extraordinarily generous donation will encourage others to follow Dr Milner’s lead.”

Professor Laurence Hurst FMedSci FRS, from the University’s Department of Biology & Biochemistry, has been appointed as the Director of the new Centre. He said:

“We have a wealth of expertise in evolutionary science at Bath, from fundamental research describing a new species of dinosaur, to applied study tracking bacterial epidemics in real time and identifying the ‘holy grail’ of human stem cells. It is our joint vision that the Centre will strengthen Bath as the national, if not international, focus for evolution-related research and outreach.”

An impressive 85 per cent of the University’s Biological Sciences research was judged as world-leading or internationally excellent in the recent independently-assessed Research Excellence Framework 2014.

Construction of the new Milner Centre for Evolution is expected to start in autumn 2016, and it is due to open in December 2017.