Camera's Given To Lollypop Men & Women 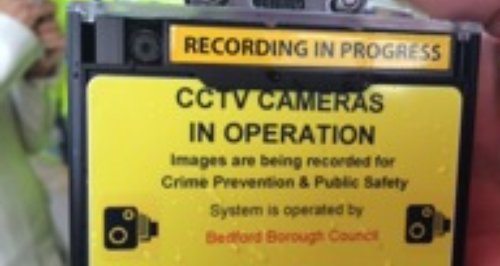 School Crossing Patrols in Bedford have become the first in the UK to wear video cameras during their shift.

The video cameras are attached to a harness and worn on the front of the patrol officer.

They're turned on at the start of the shift and will recored all vehicles being asked to stop to allow children to cross.

The Borough Council have spent just under £14,000 rolling out this scheme after they found to be getting an increasing amount of complaints from crossing patrol officers.

They were reporting getting abuse from some drivers and others were ignoring them when asked to stop.

Andrew McGRory is in charge of road safety and crossing patrols at Bedford Borough Council.

He assured Heart the video cannot be viewed by others if the camera falls into the wrong hands:

"I never look at any video unless there has been an incident."

Mr McGRory says he hopes the cameras will act as a deterrent and will stop drivers ignoring the rules.

From now on, if anyone does do this in Bedford there'll be evidence on video that will be handed to the police and could lead to a prosecution.