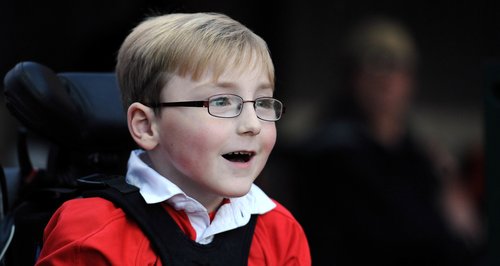 Oskar Pycroft will lead Bristol City out at Wembley as the club’s mascot on March 22nd. The popular six-year-old has accepted the honour after being approached by the club ahead of the Johnstone’s Paint Trophy final against Walsall.

Wheelchair-bound Oskar has bilateral spastic cerebral palsy and is unable to sit, stand or walk independently. The club has assisted in raising funds for a life-changing operation to help the young City supporter walk.

At present, just over £37,000 of the £50,000 target has been raised, and more than 50 supporters will be trekking from Bristol to Wembley in March to raise further funds. City supporter liaison officer David Lloyd said:

“Oskar and his family were delighted to be offered this opportunity and I know it’s a decision that will be popular with the players and fans too. To see so many supporters coming together to help raise money for Oskar has been tremendous. When we dedicated the Preston game to him in November it raised more than £15,000 and since then other football clubs and sports clubs have chipped in too. It would be great if every City fan, when buying their Wembley ticket, just gave £1 for Oskar’s fund.”

“Oskar is so popular amongst the dressing room and I think it’s great that he’ll be leading us out at Wembley. It will be a great day for him and his family.”

“Oskar is thrilled to be leading his team out at Wembley. He didn't believe me when I first told him. Knowing him, he'll probably want to give the team talk too. Thanks to everyone who has got behind Oskar's campaign - we have been overwhelmed by your generosity. If we exceed the target, any extra funds will go towards helping local children who need similar surgery.” 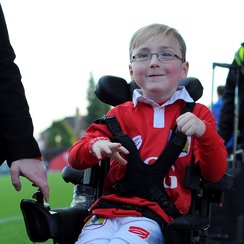