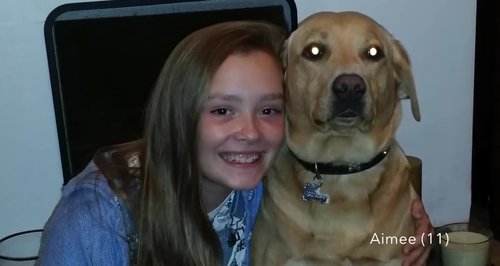 A lorry driver has been jailed for 10 years for killing a mother and three children while looking at his mobile phone. This devastating video shows the impact of his careless driving.

After a trucker killed a mum and three of her kids while using his phone as he drove, her family have worked with police to produce this heartbreaking video - including horrifying footage from inside his cab at the moment of impact.

Tomasz Kroker has been jailed today for 10 years for causing the deaths of Tracy Houghton, her two sons Josh and Ethan, and her stepdaughter Aimee Goldsmith.

It all happened on the A34 in Berkshire and the remarkable video - sure to move anyone who watches it - features the parents of the three kids and emotional footage of them before the accident. That gives way to footage from inside Kroker's cab, showing him flicking through his phone as he selected music while driving on the motorway.

The clip has been released by Thames Valley Police in a bid to alert drivers to the danger posed by using mobile phones while driving.

The family's car was shunted underneath the back of a heavy goods vehicle and crushed to a third of its size. They were making their way home from a camping holiday in Devon and were killed instantly.

Sentencing Kroker, Judge Maura McGowan told him his attention to the road was so poor, he "might as well have had his eyes closed".