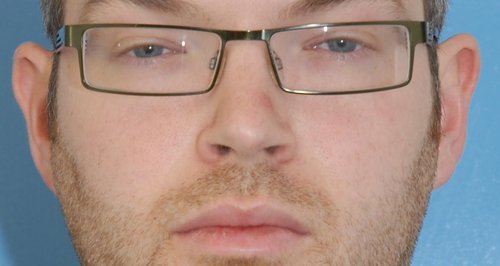 36 year old Tabak is already serving a life sentence for the murder of 25-year-old Bristol woman Joanna Yeates in December 2010.

He admitted four counts of possession of indecent images of children and was sentenced to 10 months imprisonment, which will run concurrent to the sentence he’s already serving for murder. He will also be on the Sex Offenders’ Register for 10 years.

“Vincent Tabak is a dangerous, calculating and manipulative offender who is already serving a life sentence for the murder of Joanna Yeates.
During the course of the investigation into Joanna’s murder, indecent images of children were found on Tabak’s laptop. These offences did not form part of the initial murder trial.

Although he’s serving a minimum tariff of 20 years’ imprisonment, we felt it was crucial Tabak was brought to justice for possessing indecent images of children, so the full nature of Tabak’s offending is on record.

Tabak is now a convicted sex offender and this means an extensive range of protective measures can now be put in place to manage his criminal behaviour and protect those at risk.

This conviction will have a direct impact on how he is managed in the custody system and more importantly will affect how he is monitored and managed when he’s released back into the community.

When Tabak is released, he’ll be suitably risk-assessed and risk-managed according to the crimes he’s been convicted of.

It’s possible he may return to the Netherlands following release, so it’s crucial the Dutch authorities are aware of the risks he poses. This could only have been guaranteed if a relevant conviction relating to a sexual interest in children were secured.

Protecting vulnerable people is a key priority for us and we feel this prosecution was necessary to ensure the public is protected from him in years to come.

We‘ve been working closely with the Crown Prosecution Service since Tabak’s conviction in 2011 on the complexities of bringing about this prosecution.

Our thoughts are very much with Joanna’s family, who have had to endure the case being brought back into the public spotlight once again.

Joanna’s murder was a shocking and terrible crime which had a significant impact on the whole of the Bristol community and I hope this latest conviction will ensure her killer is unable to cause any further harm.”