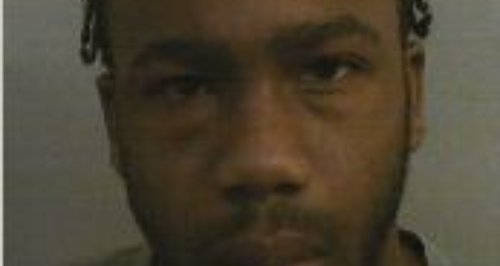 A man has been sentenced to life in prison for murdering 19-year-old Bristol man Nicholas Robinson.

Nicholas was fatally stabbed at his home in Ron Jones House, Jamaica Street, Stokes Croft, at around 8.30pm on Wednesday 5 March 2014.

The murder was in revenge for his role in a failed bid to buy a firearm. Nicholas suffered three stab wounds to his chest and managed to run out of the house and into Lower Gay Street, where he was able to call the emergency services. Despite being treated at the scene by paramedics, he couldn’t be saved.

Luchiano Barnes (pictured above), 19, of Denbigh Street, Bristol, was found guilty of murder following a three week trial at Bristol Crown Court. He admitted a charge of conspiracy to purchase a firearm. He will serve a minimum of 23 years in prison.

A second man, Fabian Cole, 20, of Byron Street, Bristol, admitted a charge of conspiracy to purchase a firearm at an earlier court hearing.

“Nicholas was a much-loved and well-respected young man with his whole life ahead of him. He was doing well in college and he’d recently got engaged. We don’t know why he got involved in trying to help Luchiano Barnes and Fabian Cole buy a firearm or what the motive for buying the firearm was.

What we do know, is that because of the failed bid to buy a firearm, Nicholas was punished in the most horrific way possible. All murders are tragic, but there are extremely distressing elements to this case, in particular that Nicholas was on the phone to his fiancée when the fatal stabbing took place.

Through the meticulous and innovative policing work carried out by my team during this investigation, we’ve been able to prove that Luchiano Barnes carried out the attack on Nicholas.

Three days after carrying out the attack, Barnes travelled to Heathrow Airport and flew to New York where he remained for almost a month before flying back home.

I want to offer my sincere thanks and gratitude to Nicholas’ fiancée Shannon, his parents Carlos and Angela, and the rest of his family, for their wholehearted support of our investigation. They were able to put aside their grief to help us carry out a public appeal for information at the start of this investigation and they’ve shown great bravery and dignity throughout.

I’d also like to thank the local community for their support and patience while we investigated Nicholas’ murder. We know incidents like this can cause a great deal of concern and anxiety. This has been a complex and fast-paced inquiry and we’ve worked closely with the Crown Prosecution Service from the outset. We’ve also been assisted by a host of other agencies, including the National Crime Agency and the FBI.

This partnership work has undoubtedly helped us bring those responsible for Nicholas’ murder to justice.”