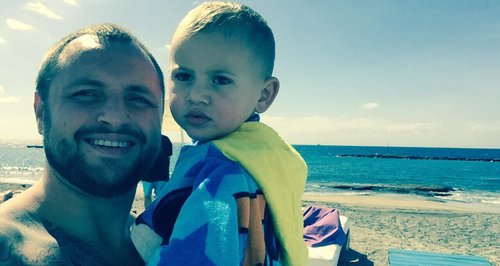 The family of Bristol dad Michael Graydon have released a statement following the discovery of a body nearly two weeks after he disappeared in Monaco.

Michael was last seen leaving a nightclub in Monaco at 1:40am on February 21. His final movements were spotted on CCTV at a nearby church.

A sniffer dog search led fire crews and police to a ravine, where the family say it appears Michel fell and died as a result.

Michael's Sister, Kelly-Jane Mann, said: "It is with sadness that we can confirm that Michael our brother, friend, cousin, son, uncle and Dad has been found in a deep ravine, in Monaco in the area where he was last seen.

"The sniffer dog that traced his last steps on Thursday 5 March, led the investigators to the hole. This prompted the Fire Brigade to extend their search that was carried out on Friday 6 March.

"We as a family can take solace in the fact that Michael did not suffer and he died instantly in his fall.

"We would like to take this opportunity to thank the Riveria Marriott Hotel La Porte de Monaco, for their compassion and endless support the last two weeks.

"It's impossible for me to list all the people in Bristol and afar that used their skills to best as they possibly could and raise the awareness in the campaign to find Michael. It's because of all of you, we found Michael and are able to bring him home to rest."