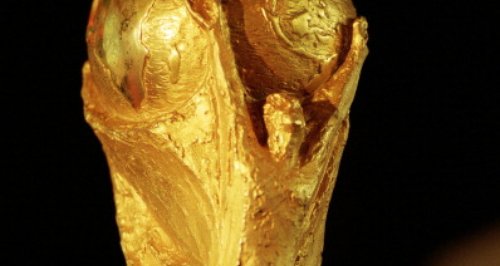 Police are kicking off an operation ahead of the start of the World Cup in Brazil next month.

That means that around 70 people who have football banning orders in the force area are required to hand in their passports before the deadline dates of June 2-3.

Letters have been sent out explaining why they need to do this.

Anyone that has failed to return their passport by June 4, unless they have applied for an exemption can expect a visit from police, where failure to comply could result in re-arrest.

Anyone subject to a FBO is required to hand in their passport, unless they have an exemption. They are not allowed to travel to England matches in this country or even travel overseas when England are playing abroad

There are currently 95 people with football banning orders in the Avon and Somerset force area. Of these some do not hold passports, others their passports are due to run out before the World Cup starts, while others have been given exemption to travel.

England's opening warm-up game for the world cup is in Miami on June 4.

Those who surrender their passports will be able to collect them at the conclusion of England's involvement in the competition in Brazil.

Police are keen to stress that football banning orders are not issued purely as a result of incidents committed at football matches, they can also be provided as a result of other types of football-related disorder. For instance, anyone going to watch a match on a television at a public showing, such as a public house, who becomes embroiled in any form of anti social or violent behaviour, could find themselves with a FBO.

Other conditions requested on a FBO may include exclusion zones around stadia before and after home fixtures, plus a day-long ban on travel to towns and cities, where away matches are being played.

Throughout the football competition police will be providing high profile reassurance patrols to ensure any potential problems are dealt with robustly.

Part of the world cup operation will be deal with domestic abuse incidents. Traditionally the number of incidents reported increases during major football tournaments. We are committed to combating domestic abuse and urge victims to come forward and report incidents.

Additionally the annual Operation Tonic drink drive month will form part of the operation around the World Cup. Those who decide to watch World Cup matches in pubs and clubs need to ensure they are able to get home safely – and not behind the wheel of a vehicle if they have been drinking. A conviction for drink driving might result in the driver not only losing their licence but possibly their job as well.

Chief Inspector Jeff Foreman said: ''We are rolling out well-rehearsed plans for the World Cup. We hope that it will be a successful and enjoyable tournament for fans, who will put fun and enjoyment at the top of their agenda.

''However we will not tolerate and football-related anti-social behaviour or violence, whether out in the community or behind closed doors at home and will deal robustly with such problems.

''We have demonstrated during two disorder incidents during the past eight months that we will not tolerate football disorder and hooliganism in Avon and Somerset and will deal with perpetrators. Almost 100 people in the force area have football banning orders, which prohibit them from enjoying their football and also places restrictions on travelling abroad,'' said CI Foreman.