This 26 year old man from Cornwall has been left with life changing injuries after he was attacked in a car park for Westfest, which thousands of people went to in Somerset last month.

Stuart Brent, pictured, was assaulted at around 4.30am on Sunday, 30 October in the coach car park at the Bath and West Showground in Shepton Mallet.

Police are taking the 'unusual step' of releasing a picture of Stuart, taken on the night he was attacked, to jog people's memory.

Stuart, pictured, was wearing a blue and white long sleeve checked shirt and novelty LED glasses on the night he was attacked. 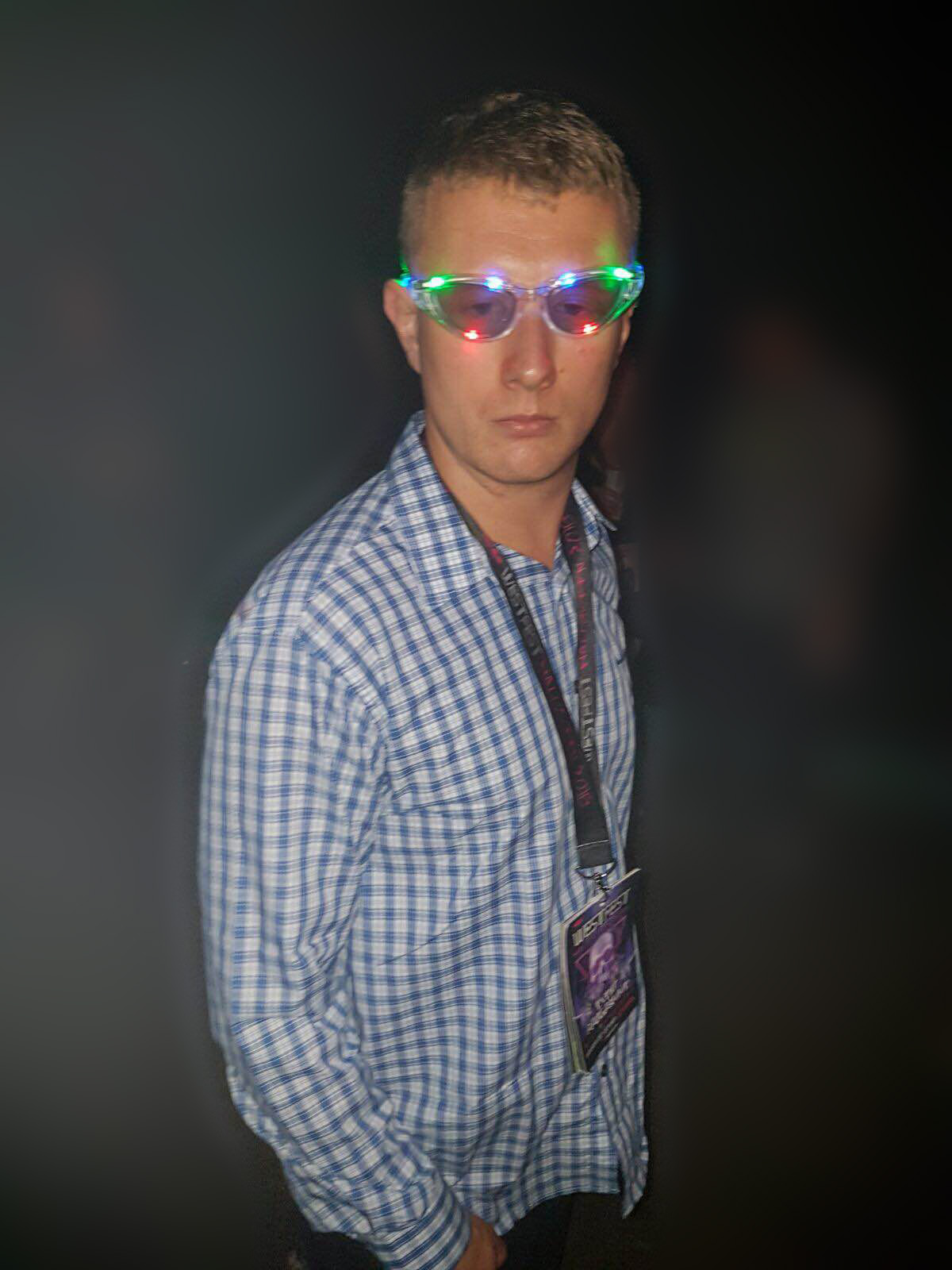 Detectives are also releasing the description of a man they want to speak to. He is white, in his mid-20s, 5ft 6ins tall and medium build with short dark hair. He also had dark makeup around his eyes.

He was wearing a dark red and black checked shirt, which was open so you could see his chest, and he was wearing shorts.

Avon and Somerset Police say if you recognise the description please call them on 101 and provide the call handler with the reference number 5216241395.

T/DI Paul Catton said: "We've taken the unusual step in releasing a photo of the victim in this case in the hope it will jog someone's memory.

"Stuart Brent suffered significant life-changing injuries in what was a truly violent attack.

"There were thousands of people in the location and someone must know who the man described is or have seen what happened.

"Any detail, no matter how insignificant you might think it is, could prove to be vital so please get in touch if you have any information and haven't contacted us already."

If you don't want to talk to the police, you call Crimestoppers on 0800 555 111. Please tell them you are phoning in relation to Operation Stride.

If the information you give leads to someone being arrested and charged you could be entitled to a cash reward of up to £1,000.

Coronavirus: Brit evacuation from Hubei province in 'next few days'