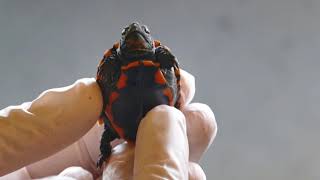 Bristol Zoo Gardens have bred two endangered keeled box turtles after 12 years of trying in what is believed to be a European first.

The tiny turtles, which are slightly bigger than a 50p piece and weigh just 12.5 grams, hatched out of their shells after more than three months' incubation.

There are just 15 keeled box turtles in zoos across Europe and only 49 in the world of which five are now in Bristol.

"We are really thrilled this. About 10 years ago I went to Vietnam and saw them in the jungle so it is especially good to hold ones that we have successfully bred ourselves. It's a UK first and probably a European first as well."

Keeled box turtles are found in China, India and Vietnam but no-where in any  great numbers. Their population has been in steep decline because of people capturing them for food or to keep as pets. Their numbers have also been affected by the forests where they live being destroyed.

The two turtles hatched at Bristol Zoo from a clutch of six eggs and there are hopes that at least one more turtle may emerge from the remaining ones. Tim said:

"They are a beautiful orangery brown colour with vibrant orange flashes underneath their shells which is something we weren't expecting."

He said keepers at the 180-year-old Zoo in Clifton do not yet know the sex of the new turtles and it could be a long time before they do.

"They don't show any secondary sexual characteristics until they are mature and that takes from five to 10 years."

When they are fully grown they will each be about as big as a side plate and weigh up to 1 kilo. The keeled box turtles get their name from the three raised ridges along its upper shell. They are unlike many other turtles because they burrow into the soil during the day and only
come out to forage for food at night.

These turtles prefer solid earth to water and can be found in hot densely wooded forests under mounds of leaves or hidden between rocky cricks around mountains. 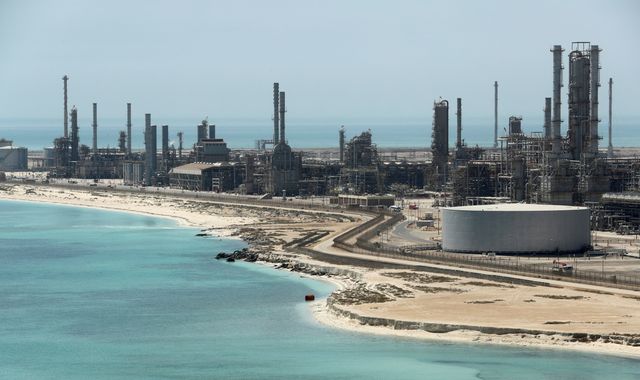