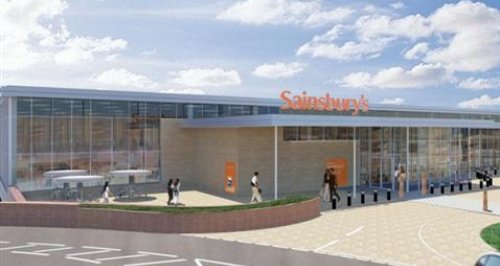 Sainsbury's has won its High Court battle with Bristol Rovers over the football club's "old-fashioned and rather dilapidated'' Memorial Stadium.

The supermarket giant agreed a £30 million deal to buy the club's stadium and lease it back for a peppercorn rent until a new ground was ready, then redevelop the old stadium as a new store. But Sainsbury's argued at London's High Court that it was legally entitled to terminate the contract because conditions linked to the agreement had not been satisfied.

Now Mrs Justice Proudman has ruled that "Sainsbury's must succeed'' because the construction of a schedule to the agreement "seems like an insuperable barrier'' to the club winning the case. Lawyers for the club had argued that either the contract was "still on foot'' or Sainsbury's had breached it.

Later Rovers put out a statement describing the ruling against them as "clearly a disappointing outcome for the club and a kick in the teeth for Bristol - but we remain 100% committed to building a new stadium to secure the club's future''.

The club also said it was likely to appeal to the Court of Appeal.

The judge heard that Bristol Rovers was hoping to build a 21,700-seat stadium on the Frenchay campus of the University of the West of England following the Sainsbury's deal involving the 12,000-capacity Memorial Stadium at Horfield.

She described the case as "extremely complex'' and heard from a series of witnesses during a week-long hearing in May. David Matthias QC, for Rovers, conceded that the agreement between Sainsbury's and the club was "Byzantine in its complexity''. 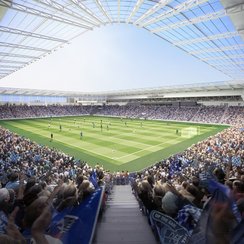 At an earlier hearing, he described Rovers as being "in the doldrums'' in the Conference Premier following relegation from the Football League and they were seeking to boost their fortunes by moving to the new stadium near Stoke Gifford.

Mark Wonnacott QC, for Sainsbury's - who described the Memorial Stadium as "old-fashioned and rather dilapidated'', argued that the "structure of the contract'' meant that conditions had not been met by a cut-off date and the contract had been lawfully terminated. Mr Matthias disagreed and said there had been a "misunderstanding'' of the significance of the term "cut-off date'' in the agreement. He said: "There is nothing in this agreement that stipulates, implies or requires that the cut-off date will bring about the cessation of any obligations on any party.''

Sainsbury's said in a statement:

"The High Court found in our favour, agreeing that the conditional contract between Sainsbury's and Bristol Rovers lawfully terminated in November 2014. The judge made no findings of Sainsbury's acting in bad faith with the club. We understand that this is a sensitive issue locally and that there will also be disappointment as a result of the court's decision. We will continue to work with the local community via our existing Bristol stores which employ over 800 people, and are extremely popular with customers.''

"The club considers that it was abundantly clear throughout the case that Sainsbury's reneged on its promises to the local community to invest in the region and showed a flagrant disregard for the terms of the contract.

Although the judge did not ultimately hold Sainsbury's to the contract, this decision turned on a technical drafting point and she nevertheless concluded that if it had not been for the delay in obtaining a satisfactory planning permission for the new Sainsbury's supermarket - which the club could not do without Sainsbury's consent - the other conditions in the contract would have been completed before the termination date.

We consider that Sainsbury's acted in bad faith and did their utmost to stall the purchase at every possible juncture. For instance, the judge found that Sainsbury's could and should have engaged with local councillors and objectors during the planning process and kept the club informed of progress, which they did not do.''

Charlotte Leslie, MP for Bristol North West, says she's "utterly devastated" and "almost speechless", calling the decision a "tragedy for Rovers and devastating for all Bristol".

Bristol's Mayor, George Ferguson, says it's a "tragic decision by the High Court" and "a kick in the teeth to Rovers and to Bristol".