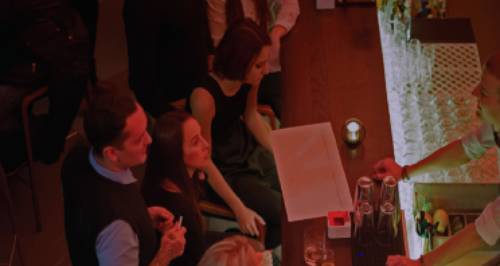 A survey in Bristol has found 75% of people have been sexually assaulted on a night out, but few report it.

Avon and Somerset Police surveyed 100 people in bars and clubs on a Friday night to get this information, which showed only 4% had actually reported offences.

Heart Radio went out with these officers as they also raised awareness about the crime, helped show people how to report it, and heard their stories.

We met women like T. who was groped up the front of her skirt in a club, after her boyfriend had gone outside for a cigarette. She said: "People just get touchy feely, they see people having a good time and think 'I can take liberties with this'."

We also spoke to Chris, who has also been groped, and said: "I generally tell them 'if I did that to you how would you feel?' and they laugh. We live in a society today where things like that, it happens, it is wrong, but it just happens."

Others shared how being assaulted had made them feel powerless, scared and frustrated. But Avon and Somerset Police want this to change.

Police Sergeant Jon Knight said: "We've conducted a number of surveys over the last 18 months and it's quite clear that a high percentage of people who go out at night time are victims of sexual assault.

"Many of the victims feel violated, they feel disgusted, they feel like they've been treated like a piece of meat. Many don't realise that they can report it, and that it's actually a criminal offence."

Police are working with partners like Bristol Women's Voice, who are encouraging bar staff to sign up to the Bristol Zero Tolerance initiative, which improves their own awarness and training, so they can help victims and record crimes.

A number of bars and nightclubs on the Triangle in Bristol have already signed up to this Good Night Out training, including The Brass Pig, Mbargo and Gravity.

Wayne Pearce is the managing director of Metropolis Security, who work with these bars, and have undergone the training.

He said: "We've put a lot of posters up which give an awareness to our customers, so they feel comfortable approaching the door staff if they become a victim of sexual harrassment. We don't see it that often, but it's more reported now and we take every allegation very seriously."

Avon and Somerset Police are continuing the work of a campaign which began in 2017, raising awareness and making it easier to report sexual assaults on a night out, even if it is just to bar staff.

If you want to report a crime you can call 101 or report it online at avonandsomerset.police.uk/contact-us

For support and advice you can visit thisisnotanexcuse.org

Britney Spears conservatorship: It was clear everyone in court was stunned by what they heard

Britney Spears conservatorship: The key claims made by star as she calls for 13-year legal ruling to end