Tributes have been paid to a Cheddar man who died in last week's collision on the M5.

Rod Walsh, 54, was killed in a collision between a lorry and a number of cars near to junction 25 Taunton on Thursday 13 September.

''The family of Rod Walsh, who passed away in a road traffic accident on the M5 on 13, September, would like to express their sadness at losing a gentle fun loving family man who was a fabulous husband, father, son, son-in-law, brother, brother-in-law, uncle and friend to many who loved him dearly in return.

''Rod, 54, who was born in New Inn, Panteg, South Wales, lived In Cheddar, Somerset with his wife Ceri and two young children.

''He was a committed member of St Andrews Church in Cheddar and also an active member of STARR amateur theatrical group also based in Cheddar.

'We will all miss his laughter, love of life, kindness and loyalty.

''Ceri his wife is currently recovering from injuries also sustained in the accident and is in a stable condition at Southmead Hospital, Bristol.

''The family would like to thank all the emergency services that attended the scene and also members of the public who tried to assist Rod and Ceri after the incident.

''The family now ask you to respect their privacy in this period of loss and any questions or enquires to be directed to the police press office.''

Police continue to appeal for witnesses to the incident in which a woman in her 40s also died.

Inspector Frazer Davey said: ''Our thoughts remain with Rod's family and friends during what is undoubtedly a difficult time for them as well as with Ceri as she recovers from her injuries.

''Specially trained officers continue to support both families affected and are keeping them fully updated on our investigation.

''We are still keen to talk to those who were on the carriageway at the time of the collision who we haven't yet spoken to.

''We know there were a significant number of people trying to exit the junction and we really need them to contact us so that we can understand exactly how this tragic incident happened.''

If you witnessed the collision, or have dash cam footage of it, and haven't yet spoken to police please contact the Collision Investigation Unit via 101 providing the call handler with the reference CI/174/18. 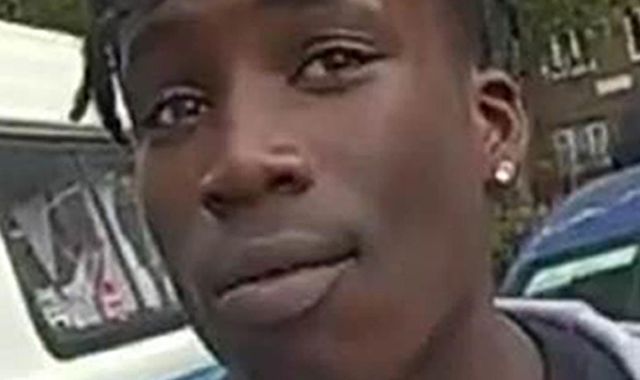