Police have made a fresh appeal for information about the unsolved murder of a 66-year-old woman 30 years ago.

Helen Fleet's body was found in woodland near Weston-super-Mare in March 1987.

Helen, who lived with her sister in Osborne Road, was last seen alive on the morning of Saturday 28th March, when she parked her car close to Worlebury Woods to take her two dogs for a walk.

The discovery of her body by another dog walker sparked a major police investigation, but no-one has ever been charged with her murder. 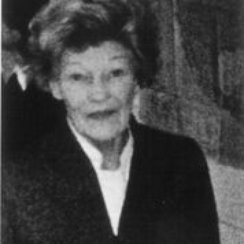 ''Helen was found beaten, strangled and stabbed in Worlebury Woods near Weston-super-Mare at around 12.40pm on Saturday 28 March, 1987.

''She had driven to the woods that morning in her blue Datsun to take her dogs for a walk and was last seen alive at 10.50am in Worlebury Hill Road.

''Despite a major police investigation at the time in which thousands of people were interviewed and hundreds of statements taken, as well as further reviews of evidence more recently, no-one has ever been charged in connection with Helen's murder.

''As with all unsolved murders in Avon and Somerset, this case remains open and while there are currently no new lines of enquiry, we believe the key to unlocking this case may lie in the local community.

''Loyalties and relationships can change over the years, which can result in people being more willing to tell us what they know, or share with us any suspicions they may have.

''Helen's friends and relatives have been waiting for 30 years to see justice done which is a heavy and unimaginable burden to bear.

''If you know anything about Helen's murder, I would urge you to come forward now.''

If you can help, please call 101 and ask for the Major Crime Review Team, or contact the police website.