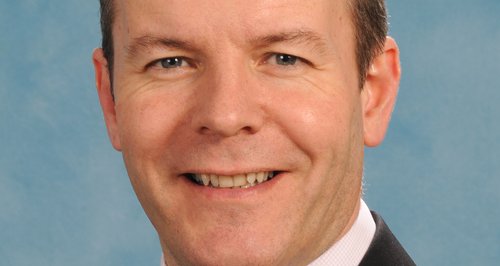 Avon & Somerset's Chief Constable has been asked to resign after being found guilty of misconduct.

Investigations started into Nick Gargan just two months into the job after he started in January 2013.

He was found guilty of 8 misconduct charges and he's now been asked to resign after it was revealed he had also stored intimate images on his workphone.

Today Avon and Somerset Police and Crime Commissioner Sue Mountstevens began the process to require the Chief Constable Nick Gargan to resign from his post.

Sue Mountstevens used powers under the Police Reform and Social Responsibility Act (section 38) to progress the procedure calling upon the Chief Constable 'to resign or retire' due to a lack of confidence by local people, police officers and staff in his position as leader of Avon and Somerset Constabulary.

In a separate meeting with Chief Constable Nick Gargan held after the sanction hearing, PCC Sue Mountstevens outlined her intentions to progress section 38.

Sue Mountstevens said: ''Chief Constable Nick Gargan has let down the colleagues he led and the communities he was there to protect.

"He abused his position by forwarding confidential emails, interfering with a proper recruitment process and sending, receiving and storing intimate images on his police issue phone.

''As the Chief Constable, Nick Gargan should have led by example and demonstrated the highest levels of integrity, values and professional behaviour. Instead he has shown flawed judgement and been found guilty of eight counts of misconduct including two of discreditable conduct.

''From what I have seen and heard, he has lost the confidence of local people, police officers and staff. Over the last six weeks since the panel's findings concerns have been raised to me by the Chief Officer Group, Superintendents Association, Police Federation and Unison about Nick Gargan continuing to lead Avon and Somerset Constabulary.

''I believe that there is now a detrimental impact on the efficiency and effectiveness of him leading Avon and Somerset Constabulary, which is why I have today initiated the process to require him to resign. This is a separate process from the misconduct procedure and I will be writing to Her Majesty's Chief Inspector of Constabulary Sir Thomas Winsor to seek his views.''

In their report to PCC Sue Mountstevens the independent misconduct panel raised concerns about the Independent Police Complaints Commission's (IPCC) handling of the investigation.

Sue Mountstevens added: ''The main issue was the disclosure of relevant materials and statements from IPCC investigators including unused material, to the defence. The legal advice was unequivocal that the defence are entitled in law to un-redacted copies of relevant material. I fully understood the IPCC's reluctance to disclose identities and some of the associated information. I was equally concerned with the welfare of witnesses throughout this process.

''I believe the IPCC acted with good intentions to protect and support witnesses and not betray the confidence of those that did come forward, but clearly the way they managed the process in this case has caused concern, as any failure to follow the disclosure process could have led to the proceedings being compromised or worse still collapsing. The disclosure process needs to be reviewed by the IPCC so it is clearer for all concerned in future investigations and I will be writing to the IPCC Chair Dame Anne Owers to request this.''

In a statement on Mr Gargan's behalf, the Chief Police Officers Staff Association (CPOSA) said: "The sudden announcement of a process to seek his resignation is a huge disappointment for Chief Constable Gargan.

"He has complied with every requirement of the protracted misconduct investigation and subsequent hearing.

"He placed his fate in the hands of an expert professional panel, which made a clear recommendation that he should go back to work.

"He has been found guilty of misconduct and has apologised for that. But the panel found that none of the alleged breaches of standards amounted to gross misconduct.

"After five months of investigation and a 15 month process, the panel made findings of 'flawed judgement' and 'ill-advised' behaviour.

"CC Gargan is deeply sorry for these and is committed to learning from them.

"CC Gargan's first priority on returning to the Constabulary would be to rebuild confidence in the force and in him as its leader so that he can continue the important work that was underway when he was suspended."

The statement added: "We note and respect the views of certain groups of current and retired staff.

"We share their regret that the good name of the constabulary has been tarnished.

"But the overwhelming majority of the rumours surrounding the chief constable have turned out not to be true; indeed none of the initial allegations that prompted his suspension led to a misconduct finding, let alone a finding of gross misconduct or criminal behaviour.

"He welcomes publication of the panel's report. CC Gargan will now wait and see what grounds are given for invoking the Section 38 process."