This image appears in the gallery:
Double shooting near Cheddar 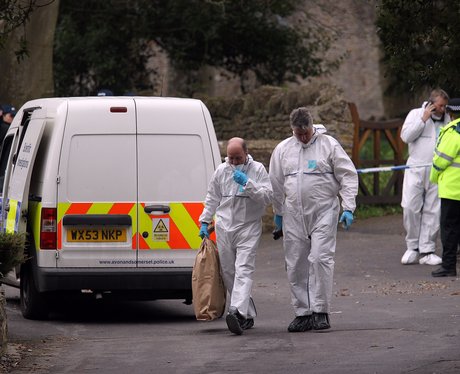 Police forensic teams work at the scene of a double shooting incident near St Lawrence Church in Westbury-sub-Mendip on April 11, 2011 near Cheddar, England. Police were called last night after reports a man, who died after they arrived, had been shot. Officers discovered a second body in a nearby churchyard in the Somerset village shortly afterwards