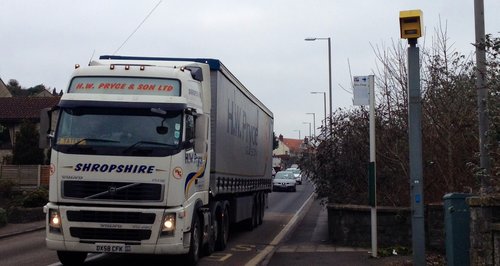 They've been lying dormant for almost four years, but from today, 29 of Avon and Somerset Police's roadside speed cameras are being switched back on.

The first one to be reactivated is on the A4 Bath Road Hill in Saltford (pictured) - with the others being phased in over the coming months.

Police have published a list of camera locations - but there are no plans to reveal when exactly they'll go live.

The devices were originally switched off when government funding for them was withdrawn. Officers say the cost of reactivating them will be covered by the fines collected, and from then on, they will be self-funding.

Only the digital cameras, like the one pictured above, are being switched on. The older, larger 'Gatso' boxes - which ran on photographic film are not being revived.

Superintendent Richard Corrigan said: "Our message is loud and clear - drivers should assume that all roadside fixed cameras are now operational and to drive accordingly. Drivers who choose to exceed the speed limit can expect to be caught and prosecuted".