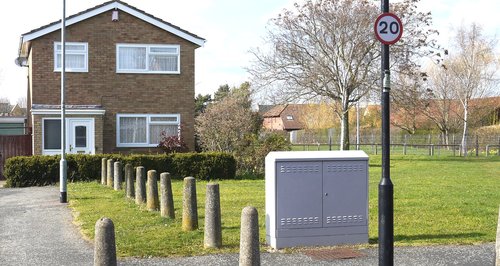 Residents of a cul-de-sac in Cambridge have branded the City Council as time-wasting, for putting up a 20mph speed limit sight on a road where vehicles can barely reach half that speed.

The Council put up the 20mph sign at the end of Abbots Close as part of the authority's drive to cut speeds in residential areas and outside schools across Cambridge.

However several residents in the close who have spoken to to Heart since the sign was erected say they think it's a waste of money to have the sign put up on a lampost at the end of a road.

Andrew Preston, the Project Delivery & Environment Manager (Streets and Open Spaces) at the City Council said: "The 20mph repeater signage, for which this is one, is required to be located at set intervals to comply with the Department for Transport's Traffic Sign Regulations, in order to make the legal speed limit orders enforceable.

On the face of it, this sign may seem inappropriate, but we cannot leave the new speed limit open to legal challenge.

The cost of supplying and erecting this sign on to the existing lamp column was £26."