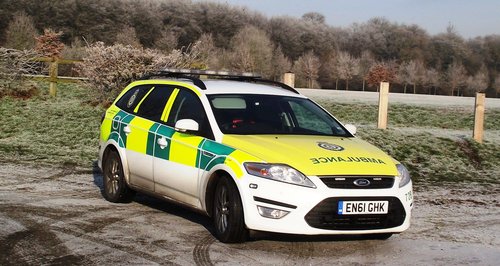 All remaining Non Executive Directors on the Board at the East of England Ambulance Service have resigned.

The Service says it is 'drawing a line in the sand' following sustained criticism of response times.

The resignations come after several of the region's MPs called for board members to resign.

It follows the resignation of fellow Non Executive Director Caroline Bailes on Wednesday.

Margaret Stockham then announced her resignation on Twitter yesterday (Thursday), but this was not confirmed by the Service.

Doctor Geoff Harris, new Chair of the Trust, said: "This is a line in the sand for the Trust and I thank the Non-Executive Directors for their collective action.

We must maintain our focus on continuing to drive up the service to patients whilst I focus on putting a new Board in place.

In my short time in post I have been very impressed with the staff and volunteers I have met in the Trust - our staff do a fantastic job every day.

My job is to ensure we now move forward, appoint new Non Executive Directors and deliver the best possible service to patients.

The Trust will be securing some interim non executive support to ensure the Board can continue to operate.

In the meantime the recruitment process for new Board members has started and two of these posts are already being advertised.

At the Trust’s Board meeting this week, we heard of some encouraging early signs of improvements including better response times and reduced sickness absence rates.

However, turning round the organisation will take time and we need to deliver further and sustained service improvements to make this a high performing ambulance Trust."