A man who managed the largest cannabis factory ever discovered in Cambridgeshire, and at the time one of the largest and most professional set ups found in England and Wales, has been jailed and ordered to pay back more than £1 million in criminal gains.

Kevin Hart, 43, of Elm Close, Huntingdon, ran the factory at Tree Farm, in Hill Row Causeway, Haddenham, which was raided by police on July 8, 2010.

Officers discovered 7,655 plants in various stages of growth in a large barn.

The estimated street value of the recovered plants was £1.75 million with a yearly yield of approximately £8 million.

Hart and seven others were arrested and all charged with conspiracy to produce cannabis.

Hart pleaded guilty in March last year, after an aborted trial and was subsequently jailed for 10 years.

A Proceeds of Crime Act (POCA) investigation was also undertaken against all those involved, during which Hart conceded to a criminal benefit of £8.5 million but contested his realisable assets.

On July 12, Judge Gareth Hawkesworth ordered a confiscation order of £1 million against Kevin Hart, the largest for a case in Cambridgeshire.

Hart was given six months to pay the sum or face a further five years in prison with the payment still owed.

Hart will always owe the full benefit sum and officers could revisit the case in future.

Details of the case have not been able to be reported until the conclusion of the final trial connected to the case, that of Neil Badcock, 45, of Linden Way, Haddenham. 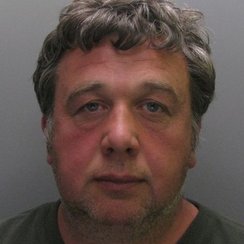 Badcock owned both the land and the barn where the factory was run and was today (October 2) sentenced to seven years in prison.

Badcock will now be subject of proceedings under POCA.

Kyle Green, 28, also of Primrose Lane, Huntingdon, who was jailed for three years and three months.

Matthew Wood, of Wulfstan Way, Cambridge, who was jailed for three years.

Trevor Richardson, 33, of Saunders Close, Huntingdon, who was jailed for two years and eight months.

The total criminal benefit conceded by all involved was more than £10.2 million.

Judge Hawkesworth commended a number of officers involved in the investigation.

Senior Investigating officer, Detective Inspector Craig Harrison said the factory was run as a business with a clear and defined management structure, with staff paid wages depending on their role and responsibilities.

He said: "This was a network of criminals who were both organised and professional in the manner in which they conducted their criminal business, not only in terms of the production and supply of the drugs but also in the tactics they employed in an attempt to avoid detection from law enforcement agencies.

Hopefully the message is clear: if people commit crime and are caught, the police will not only seek to take away their liberty through imprisonment but also their lifestyle through confiscation, thereby ensuring they do not have the ability to continue with or prosper from their criminal conduct."

The sentencing and confiscation associated with this investigation will hopefully alert those contemplating such criminal activity to think again."