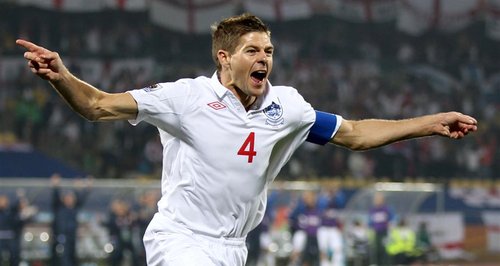 After examining data from every tournament since 1966 he says the heat, the altitude and the distance from home could all pose problems.

He also thinks they should play 4-3-3 rather than 4-4-2 as it's psychologically more positive.

Prof Hawking said England's chances of success could be worked out by examining "environmental, physiological, psychological, political and tactical variables''.

He added: "Statistically England's red kit is more successful and we should play 4-3-3 rather than 4-4-2.

Psychologists in Germany found red makes teams feel more confident and can lead them to being perceived as more aggressive and dominant.

Likewise, 4-3-3 is more positive so the team benefits for similar psychological reasons.

The data shows we also need to hope for a European referee.

Like all animals, the England team are creatures of habit.

Being closer to home reduces the negative impact of cultural differences and jetlag.

We do better in temperate climates, at low altitudes with kick-off as close to the normal three o'clock as possible.

The impact of environmental factors alone is quite staggering.

A 5C rise in temperature reduces our chances of winning by 59%.

We are twice as likely to win when playing below 500 metres above sea level.

And our chances of winning improve by a third when kicking off at three o'clock local time.''

He said the key to success was a run-up of more than three steps and giving the ball "some welly'', but "velocity is nothing without placement''.

He said: "If only I had whispered this in Chris Waddle's ear before he sent the ball into orbit in 1990.

Use the side foot rather than laces and you are 10% more likely to score.

The statistics confirm the obvious.

Place the ball in the top left or right hand corner for the best chance of success - 84% of penalties in those areas score.

The ability of strikers to place the ball results in them being more likely to score than midfielders and defenders.

There is no evidence that it's advantageous to be left or right-footed but bald players and fair-haired players are more likely to score.

The reason for this is unclear.

This will remain one of science's great mysteries.''