Police in Peterborough are investigating an armed raid at a bookmakers in Bretton.

At about 9.45pm on Tuesday (April 14), two men arrived at the BetFred shop, in Bretton Court, Rightwell, Bretton, in a silver Vauxhall Vectra.

On entering the shop, one of the men restrained a member of the public, while the other man jumped over the counter brandishing a weapon and forced two members of staff into the back office.

They threatened the staff members and demanded the safe was opened. 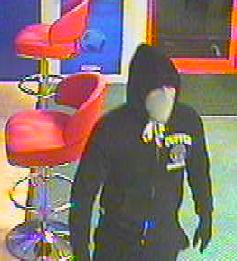 The safe was not opened and the offenders made off with a small sum of cash from the till, in what is believed to have been a dark Toyota Celica, with tinted windows and a rear spoiler.

The vehicle made off in the direction of Bretton Way.

He was wearing black trousers, black footwear and had a black hooded top with white pull-strings and a white emblem/design on the left breast area. He was also wearing a white/grey face covering.

He was wearing black Adidas tracksuit bottoms with blue stripes down the legs; a black hooded top with white pull strings; and black footwear. He was a wearing a black face covering.

"This was a calculated attempt to make off with large sums of money, which has failed, but left a member of the public and staff severely shaken.

I urge anyone with information to come forward."

Anyone with information should call DI Sinclair on 101, (incident number 526 of Apr 14) or Crimestoppers anonymously on 0800 555 111, or online at Crimestoppers-uk.org