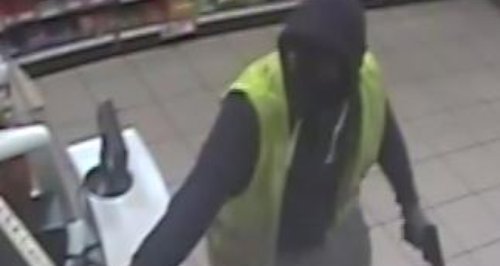 Cambridgeshire Police have released CCTV images of a man officers want to trace after an armed robbery at a petrol station in Peterborough.

It's after a man walked into the Shell garage in Whittlesey Road at about 10.25pm on Saturday 18th October, with a gun and a knife.

He demanded the employee there hand over cash, but he ran off to raise the alarm.

The offender tried to break into the tills but then fled empty-handed. 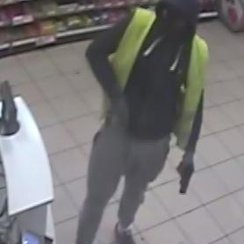 He is described as white, in his 30s, wearing a high-visibility sleeveless jacket over a dark blue hooded top, a face covering, grey gloves, grey tracksuit bottoms and red trainers.

Detective Constable Kevin Poole, investigating, said: "This was a terrifying ordeal for the member of staff.

While his face is not visible on the CCTV, the offender was wearing very distinctive clothing and I would appeal to anyone who saw him leave the store or recognises the description, to call police."