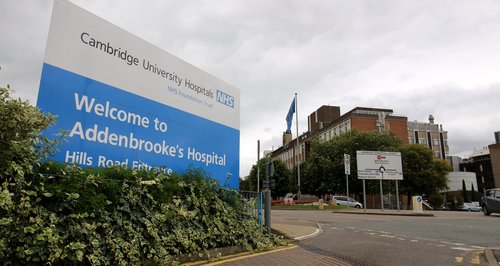 A cancer patient in Cambridge has become the first person in Europe to be scanned with a new imaging technique, which could help doctors tell whether a drug is working within days.

The patient has had a rapid scan as part of a new metabolic imaging study at Addenbrooke's Hospital.

It involves patients with a wide range of cancers, and this was the first group to be tested outside North America and the third group worldwide.

Dr Ferdia Gallagher, joint-lead of the Wellcome Trust Strategic Award-funded study, said: "This new technique could potentially mean that doctors will find out much more quickly if a treatment is working for their patient instead of waiting to see if a tumour shrinks."

The scan allows doctors to map out molecular changes through the breakdown product of glucose called pyruvate, opening up potential new ways to detect cancer and monitor the effects of treatment.

The pyruvate is labelled with a non-radioactive form of carbon, which makes it 10,000 times more likely to be detected in a magnetic resonance imaging (MRI) scan. Pyruvate is injected into the patient and tracked as the molecule moves around the body and enters cells. The scan monitors how quickly cancer cells break down pyruvate - a measure of how active the cells are that tells doctors whether a drug has been effective at killing them.

More work needs to be done in collecting and analysing the study results in order to get an accurate early snapshot of how well drugs destroy tumours, according to Dr Emma Smith of Cancer Research UK.

She said: "Finding out early on whether cancer is responding to therapy could save patients months of treatment that isn't working for them."