A board member of the East of England Ambulance Service has stepped down.

Five Non-Executive Directors have been under pressure from the region's MPs to quit, following a Parliamentary debate yesterday (Tuesday).

It has also been accused of failing to listen to staff.

Caroline, who has been a Non-Executive Director of the Trust since 2006, was due to step down from her role at the end of July when her term of office finished.

She is leaving to enable her to focus more of her time on work matters away from the ambulance service." 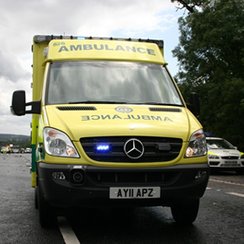 Dr Harris said, "My top priority is reviewing the capability and capacity of board leadership at the Trust.

As a result I have accepted Caroline's decision to resign as part of my remit to reconstitute the board.

At the same time, we must remain focused on improving our services to patients and delivering the turnaround plan."