A woman's been rescued by fire-crews from Peterborough after crashing her car into the ditch by the side of North Bank.

Cambridgeshire Fire and Rescue say they were called at 12.24pm on Saturday (7th February) to the crash at Flag Fen,.

A crew and a rescue vehicle from Dogsthorpe and one crew from Stanground were called to the accident. 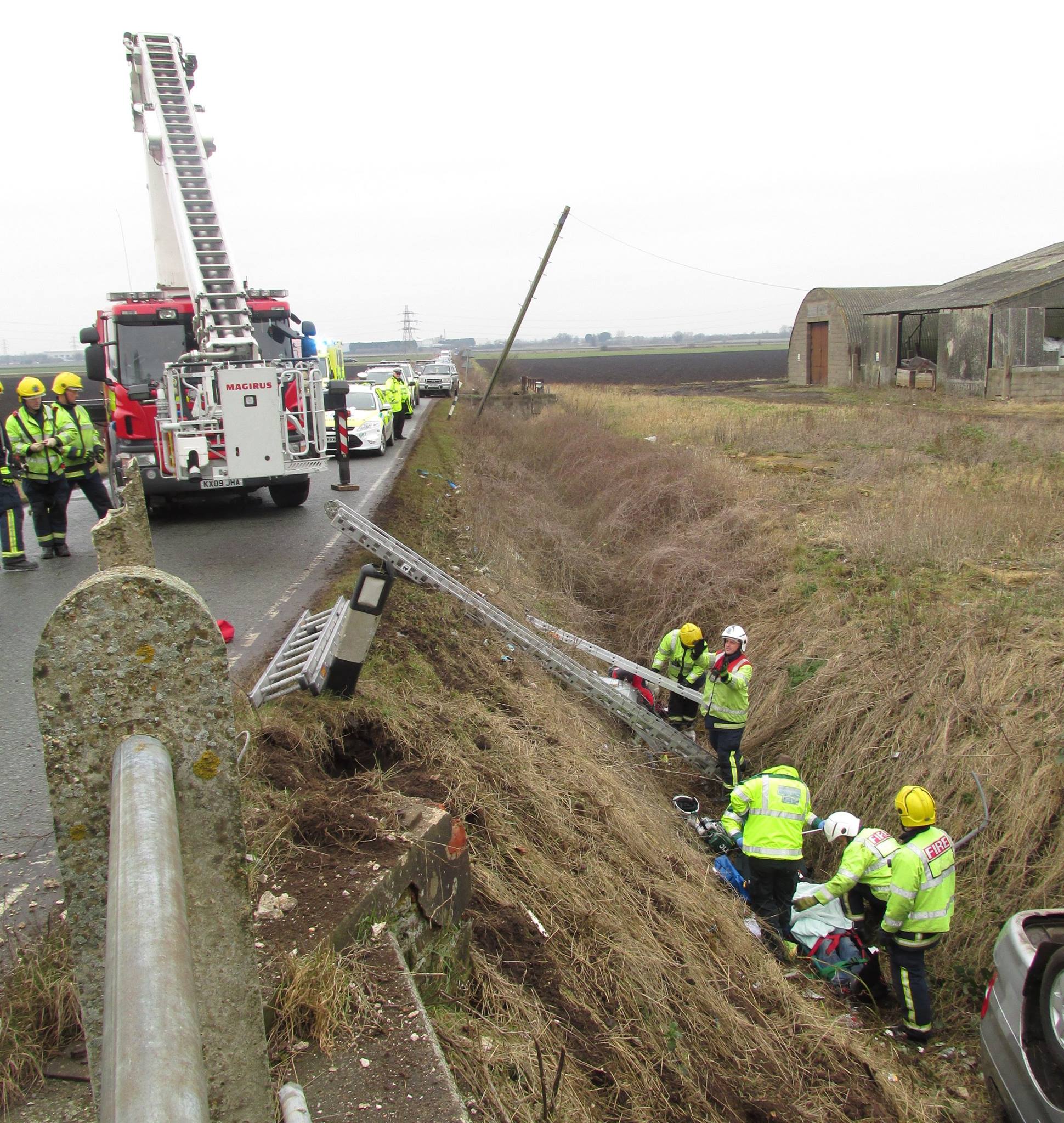 One vehicle was overturned in a ditch and firefighters used specialist hydraulic and cutting equipment to release one female casualty.

Crews returned to their stations by 1.40pm.