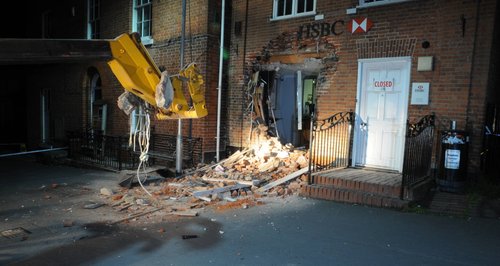 Five men have been convicted of a string of ATM ram raids and burglaries, including some in Cambridge.