Seven men and seven women have been bailed following their arrest on Tuesday (April 21) as part of a crackdown on human trafficking in Peterborough.

Operation Launch is the Peterborough-led response to Operation Mustily, an on-going NCA investigation into people trafficking and enforced labour of Slovakian nationals within the UK, which sees involvement from a number of other forces across the country. 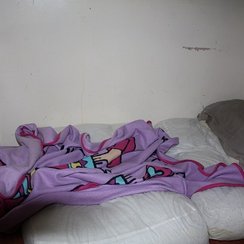 In total about 300 police and partner agency officers and staff were involved in the activity in Peterborough which saw raids and arrests at 20 properties across the city.

Six men and seven women were all arrested in relation to human trafficking offences, while one man was arrested on suspicion of rape and another on warrant. The man arrested on warrant has been detained in police custody for court.

Officers engaged with a total of 46 potential victims, 20 of which, including six children, were removed from the properties and taken to a reception centre, facilitated by Peterborough City Council, while further enquiries were carried out.