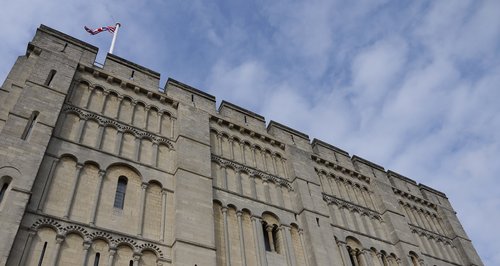 Members of an organised crime gang have been jailed for up to six years and eight months, after plotting to steal up to £57m in rhino horn and Chinese artefacts in a series of museum raids.

The group, dubbed the Rathkeale Rovers because of their links to the Irish town, targeted high-value objects in a string of break-ins, including at Cambridge's Fitzwilliam Museum, the Norwich Castle Museum and Durham's Oriental Museum in 2012.

Judge Murray Creed heard that although the items stolen in Durham and Cambridge were valued at around £17m, detectives believe they might have fetched more than three times that figure on the booming Chinese auction market.

Members of the same gang also masterminded an offence at Gorringes Auction House in Lewes, East Sussex, and organised the disposal of stolen artefacts in what the judge said was ``an extremely sophisticated conspiracy''.

Sentencing seven of the 14-strong gang, Judge Creed said the criminal enterprise "involved very high value goods with significant harm caused to victims, both museums and members of the public who would otherwise have viewed the material stolen".

He added: "It is a conspiracy both sophisticated, skilled and persistent, involved significant cultural loss to the UK of museum quality artefacts and items from international collections."

The defendants, aged between 28 and 68 - from Southend-on-Sea, Cambridgeshire, London, Wolverhampton, Kent and Belfast - either admitted the offences or were found guilty by jurors after a 4 year international police inquiry.

The judge began by jailing Richard "Kerry" O'Brien Jr, 31, of Cambridgeshire - also of Rathkeale in the Irish Republic for five-and-a-half years.

His uncle, John "Cash"' O'Brien, aged 68, of Fifth Avenue in Wolverhampton in the West Midlands was jailed for five years and three months.

Also in the dock was Daniel "Turkey" O'Brien, 45, and Daniel Flynn, also 45, both of Orchard Drive, Smithy Fen, Cottenham, Cambridgeshire, who were jailed for six years and eight months and four years, respectively.

The judge said he had found Flynn to have played "a leading role", but reduced the man's sentence based on ``the fragility of his mental health''.

Alongside the men in the dock was 56 year-old Donald Wong, of Clapham Common South Side in Lambeth, London, described by the judge as "a buyer, seller and valuer". He was jailed for five-and-a-half years.

Paul Pammen, aged 49, of Alton Gardens in Southend-on-Sea and 37 year-old Alan Clarke, of Melbourne Road in Newham, London, who was said to have headed the gang's ``disposal team'', were also both jailed for five and-a-half years each.

Six other men convicted over the conspiracy will be sentenced on Tuesday.

A 14th man had already been convicted and sentenced for his part in the crime, last year.