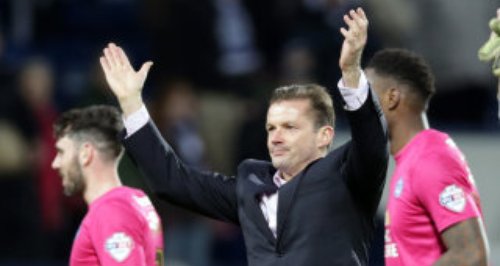 The club's loss yesterday at the ABAX Stadium leaves them 14th in the League One table.

In a statement it added: "The club would like to thank Graham for his efforts on behalf of the football club.

"Grant McCann will take charge of the remaining two Sky Bet League One fixtures. Chairman Darragh MacAnthony will take time to speak to prospective candidates for the vacant manager position.''

Westley was appointed last September and the club said the decision on who should succeed him will not be rushed.