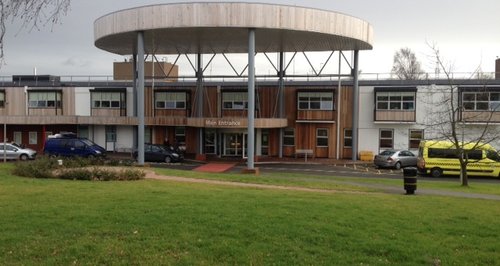 Hinchingbrooke Hospital will remain in special measures but its overall rating has been upgraded.

The trust was originally put into special measures in September 2014, after inspectors found a catalogue of errors, including big problems in A and E.

At the time it was being run by private firm Circle, but has since been handed back to the NHS.

During a re-inspection last October, the CQC found big improvements in care, but concerns remain for patient safety and management.

The hospital has now been given a "requires improvement" rating, and says it will continue to work closely with regulators.

Chief Executive Lance McCarthy said: "We have continued improving our services since the inspection in October and will include all the CQC findings in our composite quality improvement plan as we continue our drive towards Good and beyond. "