A Huntingdon man's been jailed for 4 years 3 months for causing death by dangerous driving.

Jack Mulcahy (pictured), 24, from Capulet Court, Huntingdon has been sentenced at the Old Bailey.

His victim, Alex Jeffery, 21, of Orchard Road, Melbourn, was injured during an incident in Cambridge outside the Cambridge City Hotel, on Downing Street near the junction with Corn Exchange Street, at around 3.40am on Saturday November 1, 2014.

He was taken by ambulance to Addenbrooke's Hospital with serious injuries, where he remained until his death on Saturday, November 8.

Mulcahy appeared at Cambridge Magistrates' Court on November 11, 2014, where he pleaded not guilty.

Following a trial at the Old Bailey he was found guilty of causing death by dangerous driving on April 29 this year.

In addition to his custodial sentence, Mulcahy has received a five year driving disqualification.

Alex (below) had been out in Cambridge city centre with friends on the night of the incident. While waiting outside the Cambridge City Hotel for a lift home, a group of people walked past and, following a conversation, an argument between the two groups ensued. 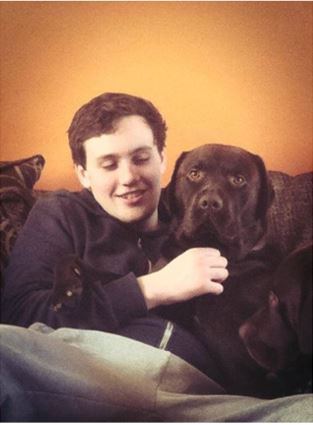 The argument moved into the road. At this point Mulcahy's car drove down the one-way road towards the group.
A man from the group, who was in the road and unknown to Alex, then began a verbal altercation with Mulcahy, who remained in the car.

At this point Mulcahy drove off. In doing so the car made a significant move to the left and in the process hit Alex, causing him to fall backwards, hitting his head on the floor as he did so."

"Today sees the conclusion of a thorough investigation into the death of Alex Jeffery, which was brought before the court.

Alex lost his life as the result of a senseless and callous act by Jack Mulcahy.

Alex was simply trying to do the right thing by acting as peacemaker in a needless, drunken argument. Sadly, he paid the ultimate price.

Mulcahy's reckless actions show the devastating effects that dangerous driving can have.

Today's verdict cannot bring Alex back, but I hope it can help his family move towards gaining closure on this tragic event and see them begin to rebuild their lives."

"On the morning of November 1, 2014, at 4.30am we didn't realise how our lives were going to change, through no fault of ours, or of our loving son Alex.

To have two police officers on our doorstep, telling us our son had been in a "hit and run", was to be the start of the worst time of our lives.

The arranging of a son's funeral is something no parent should ever have to do, and the last ever sight of our beautiful son/brother/ friend in the chapel of rest, is forever fixed in our minds.

Alex will always be remembered as a caring, loving, hard worker, with a great sense of humour and a promising career and life ahead of him, which was taken away far too soon.

As a family we are extremely proud of Alex and what he achieved in his short life - he will forever be in our hearts.
We, as a family, have found the whole experience of attending court for our son's murder trial an extremely traumatic experience.

None of us will overcome the loss of Alex, he was a special son, brother, grandson and friend to many. To lose Alex in this manner and then have a court case attached to his death has made the grieving process a public rather than private matter.
We would like to take this opportunity to thank everyone for their support during this difficult period in our lives."