A mother-of-four died after setting herself on fire with a cigarette lighter on a psychiatric ward following a failure to search her handbag, an inquest has heard.

Heather Loveridge, 56, who had a history of burning herself, was found engulfed in flames in her bedroom's en-suite toilet within a day of being voluntarily admitted to the Cavell Centre in Peterborough.

A four-day inquest at Cambridgeshire Coroner's Court in Huntingdon concluded that her death was "misadventure contributed to by neglect".

It followed around eight hours of deliberation, and jurors found there was a "high probability the lighter was in her handbag" on arrival at the ward.

Members of Mrs Loveridge's family were at inquest, and wept as the conclusion was read out.

Cambridgeshire's assistant coroner Belinda Cheney said some facts in the case were agreed, telling jurors: "The trust accepts that there was a failure to search Mrs Loveridge's handbag.

"She shouldn't have been able to access a lighter while on the ward.

"There was no delay in locating Mrs Loveridge and first aid treatment was appropriate."

The inquest heard the trust had changed its admissions process since the incident, and Ms Cheney asked for further detail in writing.

"I reserve my position on any report to prevent future deaths until we have had that update," she said.

A fire alarm had sounded shortly before 8am on August 17 last year and staff found Mrs Loveridge with her clothes and hair alight. They wrapped a blanket around her to put the fire out.

Mrs Loveridge, who had psychotic depression, died two days later at Broomfield Hospital, which has a specialist burns unit, in Chelmsford, Essex.

The grandmother, of Haddenham, Cambridgeshire, had previously set herself alight while an inpatient at Fulbourn Hospital mental health facility near Cambridge in 2013.

Her daughter, also called Heather Loveridge and from the Newmarket area, said her mother would have had a lighter and cigarettes in her handbag as she was a smoker.

In a statement released after the inquest, Mrs Loveridge's family said: "Heather had a heart of gold and would have given anything to help someone in need.

"Losing her has ripped a hole in the lives of her eight siblings, seven grandchildren and four beloved children.

"We could not think of a more horrific way to die and grapple with the circumstances in which we have lost her every day.

"We simply don't understand how this could have happened when she was supposed to be in a safe and secure place."

Tim Deeming, a specialist medical negligence lawyer from Slater and Gordon, which is representing the family, said: "This has been a harrowing few days for the family to listen to the circumstances surrounding Heather's tragic death.

"The simple fact is that if Heather had not had access to a lighter then it is likely that she would be here today."

He said lawyers will be asking for NHS Improvement to review and consider wider safety measures across the board.

In a statement released after the inquest, Dr Chess Denman, medical director of Cambridgeshire and Peterborough NHS Foundation Trust, said:

"The death of Heather Loveridge was a tragedy and we would like to extend our sincere apologies and condolences to her family and friends. "Mrs Loveridge's family have shown great dignity and strength since her death, and during the course of this inquest, and we will continue to offer them any support they require. "Mrs Loveridge's death also deeply affected our staff, particularly those who risked their own safety to try to help her after she was found to have set herself alight. "The Trust fully accepts that Mrs Loveridge's belongings were not searched sufficiently and she should not have had access to a cigarette lighter. "We carried out an internal investigation after the incident and have strengthened our processes around searching patients' belongings. "Overall, the issues around patients with complex mental health needs are highly challenging but we remain committed to ensuring all lessons are learned." 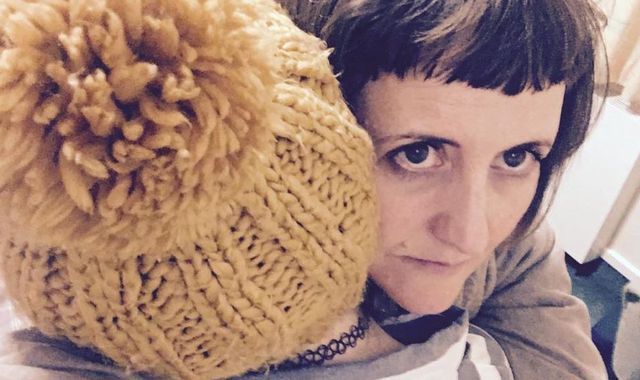