Cambridgeshire Fire and Rescue crews are fighting a large blaze at the historic Tivoli Cinema building in Cambridge this morning (Sat 14th).

Emergency services were called at 3.02am and there's around 50 firefighters at the scene, including six fire engines, a turn-table ladder, a high-volume pump and a Command Unit.

The fire is affecting all of the Tivoli building with fire crews reporting it's spread through the roof-space, which is now the Wetherspoon's pub and restaurant.

There's also a big effort to try to stop the fire spreading to the neighbouring Boathouse pub. 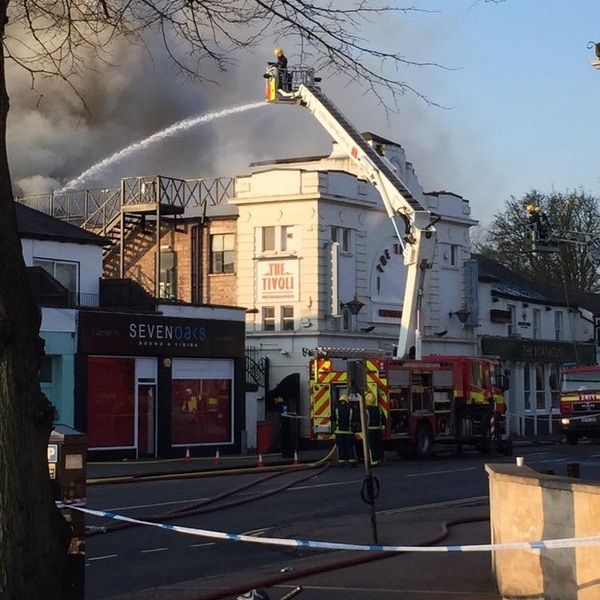 A lot of smoke is billowing across the river behind the building and residents in the area are being advised to keep doors and windows closed.

Firefighters say the building's been too dangerous to go inside to fight the blaze.

The Chesterton Road is likely to be shut for most of today between Elizabeth Way and Victoria Road.

Thankfully, we're told by the East of England Ambulance service, there's been no casualties. 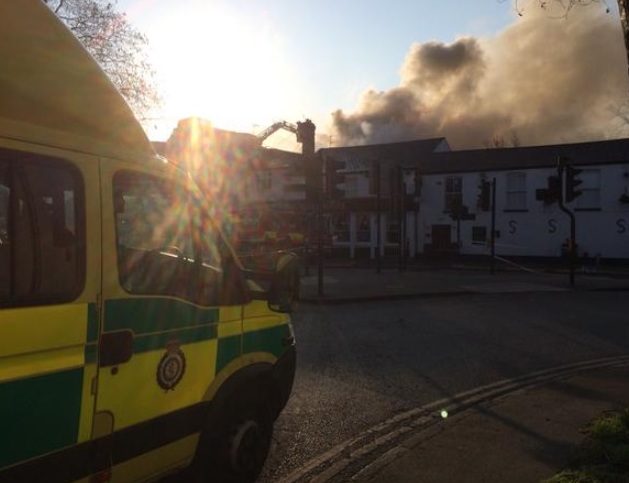