The Duke of Cambridge will watch a flying display as a newly restored Spitfire is unveiled at Duxford Imperial War Museum today.

Fresh from Princess Charlotte's christening on Sunday and ahead of beginning his new role as a pilot for the East Anglian Air Ambulance next week, William will attend the event at Imperial War Museum Duxford, Cambridgeshire, this morning.

He will watch the display, receive the newly restored Supermarine Spitfire Mark I N3200 on behalf of the museum and tour a Battle of Britain exhibition. 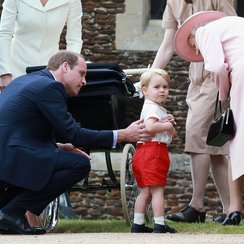 He will also visit the Aircraft Restoration Company workshop where the classic aircraft was restored and meet the team involved in the project.

William's visit comes ahead of the official Battle of Britain anniversary commemorations due to begin tomorrow.

The Spitfire was donated to the museum by American philanthropist Thomas Kapian.

Built in 1939, it originally operated out of RAF Duxford as part of No.19 Squadron. 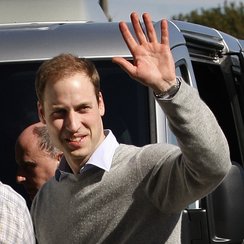 On May 26 1940, Squadron Leader Geoffrey D Stephenson flew it on its first and only operation, leading the squadron on an offensive patrol during Operation Dynamo, protecting the evacuation of the British Army at Dunkirk.

After shooting down a Junkers JU 87 Stuka dive bomber, the Spitfire crash-landed on the sand at Sangatte, near Calais.

It was recovered in 1986 and returned to the UK in 2000 where the restoration began.