RAF Molesworth Will Be Cleared For New Homes 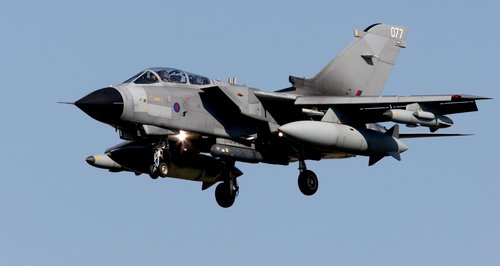 The Ministry of Defence has confirmed RAF Molesworth will be cleared for new homes when the US military leaves.

The force is due to withdraw from the base sometime between 2020 and 2023. It will then be transferred to the Homes and Communities Agency.

North West Cambridgeshire MP Shailesh Vara was informed by a letter from Defence Minister Mark Lancaster following a meeting with him last month in Whitehall.  It was also attended by Huntingdon MP Jonathan Djanogly, the Executive Leader of Huntingdonshire District Council Jason Ablewhite and Councillor Jim White, who represents Ellington Ward which covers the base.

Mr Lancaster says in his letter that the HCA will take forward the development of the site and will do so by working with officials from HDC.

Concerns were raised at the meeting about the suitability of the site for housing and in response Mr Lancaster has said that the HCA will be addressing issues of sustainability and the infrastructure required for a housing development.

Mr Vara said: "This is a huge site and there are a number of issues of serious concern for any plans for developing it.

"It is vital that the local community and HDC are closely involved in any future proposals for the site.

"I will be staying in contact with Mr Lancaster, the Defence Minister, and as soon as the land has been transferred to the HCA I will be arranging a meeting with local representatives so that we are involved right from the outset in shaping its future."

Ukraine war: Russian missile strike on shopping centre with over 1,000 people inside in city of Kremenchuk, Zelenskyy says