Rod Stewart Pops In For Coffee At Cambridgeshire Restaurant 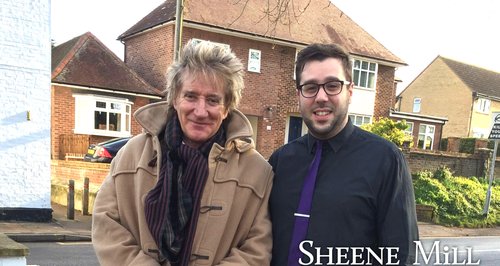 Rock legend Rod Stewart has surprised people at a restaurant in Cambridgeshire, as he popped in for a cup of coffee and a bacon and egg sandwich.

The singer visited the Sheene Mill in Melbourn on Sunday before heading off nearby to watch his son play football.

Serena Saunders, who is the MD and owner told Heart: "He had a quick meal and took out a cup of coffee before going to see his son play football. But he was such a gentlemen, he made a trip back to see us just to bring back the cup!

"We do see a few famous faces in here some actors from The Bill and Eastenders, but Rod's the most famous."