Romanian Man Could Be Deported After St Neot's Assault 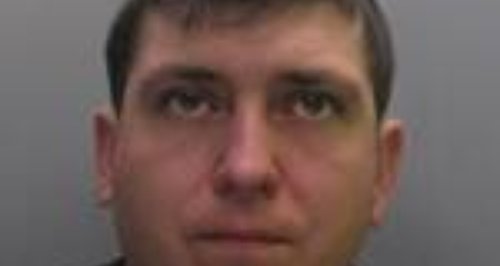 A Romanian man who has been jailed for more than a year over an assault in St Neots faces being deported on his release.

28 year-old Ioan Acozmei, from Parkside in Little Paxton, was about to attack a woman on Market Square on the evening of 27 March last year.

A 29 year-old man got in the way to protect her.

Cambridgeshire Police said: "Acozmei hit him in the torso with such force that he fell to the ground winded.

"Huntingdon Crown Court heard another man, who was with Acozmei, then kicked the victim hard in the head, leaving him unconscious and with serious injuries.

"Acozmei and his accomplice made off in a red Fiat Punto car while the victim was taken to hospital by ambulance.

"CCTV showed the car travel away from Market Square towards traffic lights on South Street where it was driven through a red light.

"Acozmei was driving with no insurance and no driving licence.

"Police traced the car and arrested him the next day.

"In September, he was found guilty of causing actual bodily harm, driving a motor vehicle otherwise than in accordance with a licence, using a motor vehicle on a road without third party insurance and failing to comply with a red traffic light following a three-day trial at Peterborough Crown Court.

"Acozmei, a Romanian national, had not attended the trial after leaving the country while on bail and was convicted in his absence. However, he was arrested by Bedfordshire Police at Luton Airport after returning to the UK and appeared at Huntingdon Crown Court on Tuesday (March 1) for sentence.

"He was jailed for a year for the offences, given an extra two weeks in prison for the breach of bail and a mandatory deportation on his release".

DC Tom Nuttall, who investigated, said: "This was a cowardly offence, firstly his attempt to assault the woman and then quickly fleeing after the scene with his accomplice.

"It is important that people can go out in St Neots without fear of becoming a victim of crime or anti-social behaviour. We will deal robustly with anyone committing this type of offence in the town centre."