Is It TOO Early To Put Up Your Christmas Tree? We've Got The Answer 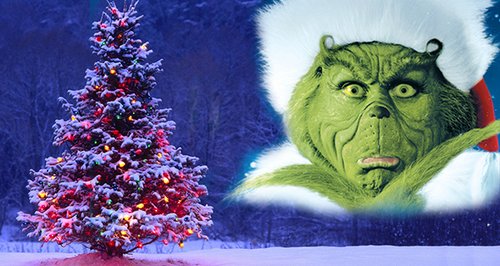 Here's your roundup of Christmas tree etiquette, from when it's okay to put it up to why we even have one in the first place.

In our books, as soon as bonfire night is over the countdown to Christmas is ON! But is it possible that we can get a bit too carried away and start the festivities a little too early? When is it a good time to put up the tree?

Christmas trees have been popping up in garden centres and supermarkets, and celebs including Sharon and Kelly Osborn, Jodie Marsh and Holly Willoughby have begun posting photos of their epic forestry centrepieces.

Read more: The Must Have Christmas Jumpers For Your Kids (That Won't Break The Bank)

When should you put your Christmas tree up?

Me & Mumma decorating the

Traditionally, the Romans waited until the afternoon on Christmas Eve to put up their trees, but nowadays it's deemed okay to display the festive foliage as of December 1st or the second Saturday in December.

Why do we even have Christmas trees?

Decorating homes during winter with evergreen shrubbery to signify that life still goes on in the cold, dark winter months. The tradition dates back to the Roman times, although people in Northern Europe did something similar by putting a piece of evergreen foliage in a box for the whole of winter.

Christians were reluctant to adopt the Pagan winter tradition but justified it by saying that every tree miraculously threw off ice and snow when Christ was born to reveal green branches, according to the Christianity Today website.

Why do we decorate trees?

It wasn't until the 1500s that evergreen trees started to be associate with Christmas, when the trees were decorated when depicting biblical scenes in nativity plays.

The plays were banned in the 16th century due to the rowdy crowds and so people began decorating their homes instead with the tree taking the centre of attention. The tradition caught on and churches began to follow suit. Since then, it's all escalated really...

When the churches began putting up Christmas trees, they were normally stood next to a row of candles, which eventually became tree decorations and then they evolved into electronic fairy lights.