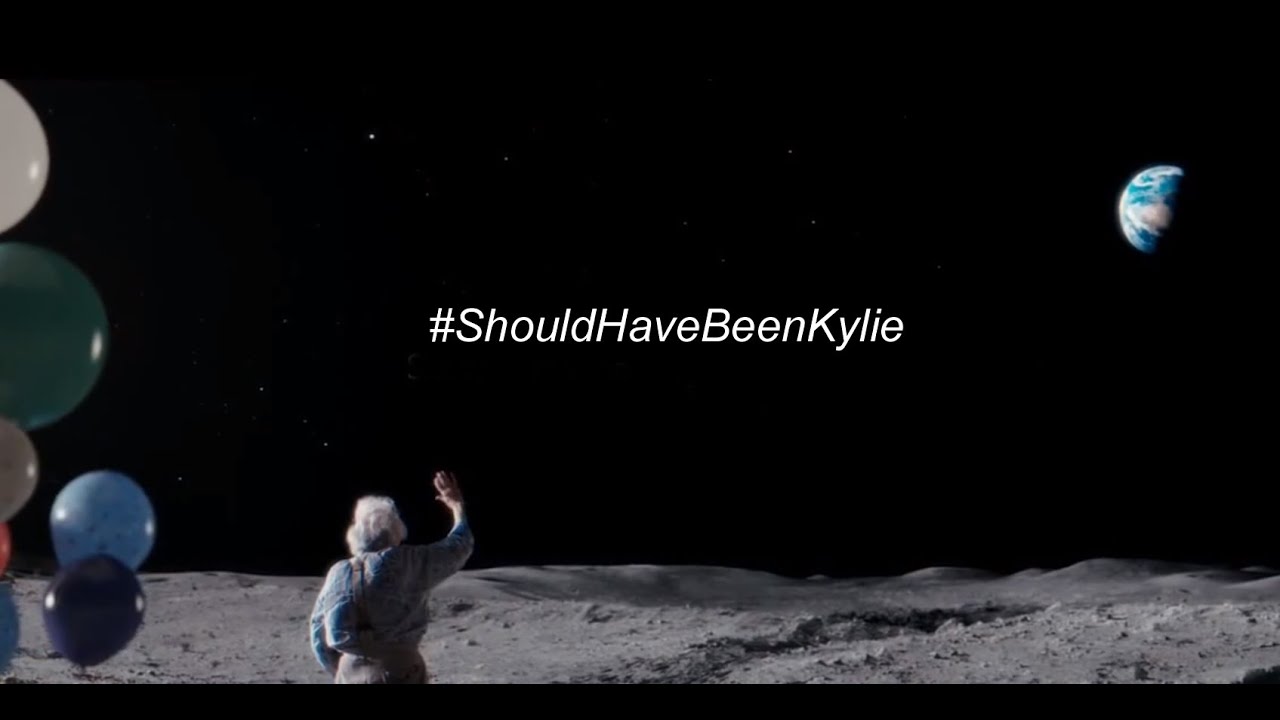 The 'Spinning Around' hit maker made the emotional advert even more tear jerking with a new adaptation featuring her latest festive musical collaboration with ' The Late Late Show' host.

John Lewis' touching advert has been given a new spin, after fans claimed that Kylie Minogue's new Christmas single featuring James Corden 'Only You' would have been a better fit for the campaign.
We admit, we were pretty skeptical when we heard that the pair would be joining forces for a festive duet but after hearing the track we have to say we are completely sold!
The single, which features on Kylie's Christmas album, was initially made for fun but we think it could become a serious contender as this year's Yuletide anthem.

Aldi has produced a hilarious spoof of the John Lewis Man on the Moon advert. The budget supermarket's version features its own old man stuck on the moon, sitting on a bench. When choosing between two telescopes, he says: "I like this one" looking at the John Lewis product as the price of £109.95 appears on screen. "And I like this one", he says, as the cheaper Aldi version which costs £69.99 is then revealed. Whoever thought of this Christmas campaign for Aldi, is a pure genius.

The Muppet's are the star of the show in Warburton's Christmas new ad. Kermit the Frog, Miss Piggy are just some of the memorable characters that make up the all-star ensemble to help the famed bread makers to blow their festive competitors out of the water.

The all-singing, all-dancing two minute clip is sure to put you in the Christmas mood, while scenes of John Warburton being seduced by Miss Piggy is sure to make you cry with laughter.

Send humanitarian aid in the form of Kleenex and Ben & Jerry's. OK?

An advert for 'El Gordo', the Spanish Lottery is taking social media by storm with it’s emotional story of a lonely security guard whose life is stuck in a routine that involves minimal human contact. But all of that changes when his numbers come up when the Christmas lottery is drawn.

We reckon this Spanish Christmas offering completely trumps that of the Man In The Moon featured in John Lewis’ festive campaign. But what do you think?

Tissues will be littering your floor by the end of this advert...

Do you remember the children's book 'Mog the Forgetful Cat'? Well Sainsbury's has pulled our heartstrings and brought Judith Kerr's lovable character to life for Christmas in their new seasonal advert.

Watch loving, clumsy Mog cause a number of disastrous events that almost ruin Christmas for the Thomas family. Listen to Emma Thompson tell the story and when it's over you'll feel happy and toasty inside - trust us on this one, it's great.

Harvey Nichols Take On The #GiftFace

A pair of socks, a cooking utensil or a naff Christmas jumper hand knitted by your grandma are just a few of the items most of us wouldn't want to see under the tree this year.
Harvey Nichols have turned this awkward moment into a genius new campaign which pin points that obligatory happy face everyone does when really they HATE the gift.
Do you have a 'Gift Face'? We know we do!

John Lewis And Age UK Team Up To Make #ManOnTheMoon

The day has finally arrived for one of the UK's most highly anticipated Christmas adverts, and John Lewis haven't failed to disappoint.

Teaming up with Age UK, the British store have delivered yet another tear inducing short film which is guaranteed to have viewers weeping well into the festive season.

The multi-million pound campaign serves as a great reminder about those who may be lonely this Christmas as they tell the story of Lilly, an adorable little girl who strikes up a friendship with an elderly man living on the moon after she spies him through her telescope.

Making it her mission to send the pensioner some Yuletide greetings, she succeeds in gifting him a telescope of his own in a festive wrapped package attached to balloons.

It's safe to say the nation will be choking back the tears whilst snuffling into a box of tissues as they watch the elderly man's grateful expression to her kind token of friendship.

The charming two-minute film comes after it's soundtrack was leaked and it's thought Norwegian singer Aurora is hot on the tracks to nab this year's Christmas number one with her simplistic cover of Oasis 'Half The World Away.'

It's that time of year once again and we are VERY excited. We've barely had time to get over Halloween but the UK's biggest brands are wasting no time in getting us geared up for Christmas.

Yes, the battle of the Christmas adverts has well and truly begun, with the British fashion house delivering an early blow with their A-list festive offering.

Watch! The Most Heart Warming Christmas Adverts EVER!

The label will donate £500,000 to split between Place2be charity and the County Durham Community Foundation. Both focus on training and job in their areas.

So John Lewis... are YOU ready? Show us what you've got!