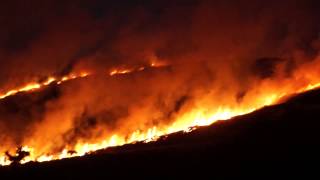 Social media lit up with pictures and eye witness accounts of a large gorse fire at Carn Brea.

Around 200 calls were received by Cornwall fire and rescue around 9pm last night.

Police were called to help to keep onlookers safe and to keep access clear for emergency vehicles.

5 fire appliances were sent to the scene and firefighters used beaters at the sight - the size of around 14 football pitches - to keep the flames back.

By around midnight it was reported good progress was being made on one front, a second front is being allowed to burn to a natural break.

Western power has been informed of the incident due to the possibility of high flames affecting overhead cables.

The fire is now under control but firefighters remain at the scene to make sure the fire does not start again. 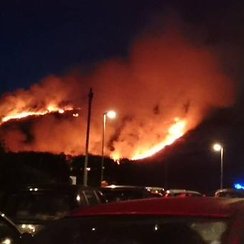 Daylight breaks and the scene from Carn Brea at 06:30am, thanks to Samantha Simmonds: 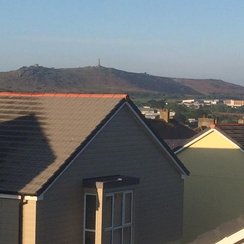