Two children have been saved from drowning after getting into trouble at Crantock beach.

The 6-year-old boy and 12-year-old girl became trapped on a sand bar on Sunday as the tide came in.

John Steadman, RNLI lifeguard supervisor says; ''The river at Crantock flows out parallel to the beach. As the tide comes in, the river starts to fill up behind bathers, leaving a sand bar between the sea and the river. This means bathers have to wade back through the river to return to the main part of the beach. I was preparing to go out on the rescue board on a roving patrol of the bathing area when I spotted two young children, a brother and sister. I could see they were about to cross the river in the deepest spot, they were about 25 metres away from me and I shouted to warn them not to cross there. Unfortunately they continued to jump in. The younger brother Adam immediately went under the water and his sister, Rachel was trying to keep him up and shouting for help.''

John reacted quickly and jumped in after them. He says; ''It even deeper than I had anticipated; I couldn’t touch the bottom either and was treading water holding both their heads above the surface until my colleague RNLI lifeguard Mark Ebbage was able to reach us on a rescue board. He pulled them onto the rescue board and paddled them over to the beach where we were joined by their worried parents.

''It was a very scary experience for both of them; they were lucky that the lifeguards were on patrol and saw the incident happen in front of me. Rachel, who is only 12 was extremely brave, and did a great job to support her brother and call for help.''

While the incident was unfolding Mark and John’s colleagues, Oliver Oosta, Steven Daley and Luke Cartwright were maintaining safety patrols of the waters edge. The lifeguards checked the children and reunited them with their parents, providing advice on the risk secondary drowning. The family were on holiday from Glasgow and extremely grateful for the lifeguards help.

Dickon Berriman, RNLI Area Lifesaving Manager says; ''After storm damage to the sea wall a few years ago, the River Gannel has diverted to take its natural course and now flows across the beach meaning at low tide bathers must cross the river to reach the sea. It’s also led to the creation of a number of channels and gullies, and at certain states of the tide there are some very powerful rip currents which can easily catch bathers out.

''The RNLI lifeguards are trained to deal with these dynamic environments and will proactively patrol the area during these times, providing advice to bathers on the dangers and the safest place to swim. They are ready to respond to anyone in difficulty, but we’d also ask bathers be alert, to listen to the lifeguard’s advice, stay between the bathing flags and look out for each other.''

To find out how you can stay safe while enjoying your water activity, visit RespectTheWater.com

Prince Philip: The Queen has returned to royal duties after the death of the Duke of Edinburgh 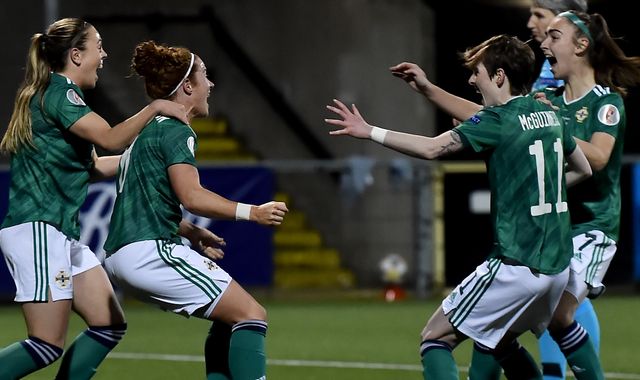