Cornwall: Crumbling Schools Will Get Rebuild 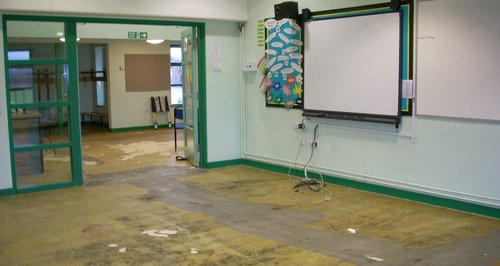 17 crumbling schools in Devon and Cornwall will see their buildings rebuilt or refurbished under the Government's flagship Priority School Building Programme (PSBP).

Improving the standard of school buildings so that pupils learn in high quality classrooms and teachers have access to the best facilities is a vital part of the Government's long term plan for education and will help build a stronger economy and a fairer society.

Nick Clegg and Nicky Morgan confirmed today that around £2 billion will be invested in rebuilding or refurbishing buildings at 277 schools across England under the Government's flagship Priority School Building Programme (PSBP).

260 schools are already benefiting under the first phase of the programme, including 16 across the South West, bringing the total number of schools to receive a revamp to 537 and 33 across the region.

Schools including Helston Community College, Cornwall are among the additional schools announced today across the region that will benefit from the scheme.

Thanks to the PSPB, school buildings are being rebuilt faster and cheaper than those built under the previous school building initiative - Building Schools for the Future (BSF). Under the BSF it took three years for construction work to begin.

This was slashed to one year for the PSBP, with projects costing around a third less. As well as this continued investment to improve school buildings in the worst state though the PSBP, the Government has also published today details of how over £4 billion will be allocated between 2015 and 2018 to schools, local authorities, academy trusts, and voluntary-aided partnerships to help them improve the condition of schools across the country.

This three-year commitment will not only give those responsible for schools in the South West more certainty but - thanks to more accurate targeting - the funding is now being provided where it is needed most according to the size and condition of schools.

Announcing details of the major £6 billion funding investment today, Deputy Prime Minister Nick Clegg said: "It is crucial that we invest properly in education, so that every child has a fair start in life."