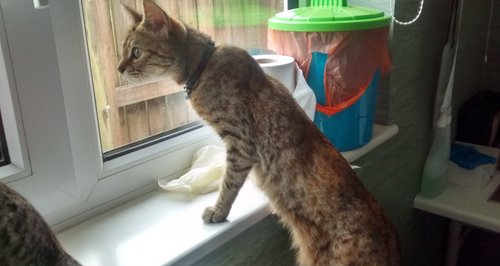 The RSPCA is appealing for information after two stolen kittens were found dumped amongst a pile of bin bags in Cornwall.

A young girl found them left for dead in a sealed cardboard box in a lane outside St. Martin's Primary School in Liskeard last week - the evening before the council's bin collection day.

Tabby in colour and under the age of one, they had been left trapped inside a large taped up cardboard box with air holes and cat meat inside.

Both kittens also had distinctive collars on and one kitten also appeared to have recently given birth to a litter of her own.

These details allowed the RSPCA to track down the owner of the kittens where it turned out that the pair had recently been stolen.

RSPCA inspector Lewis Taylor who is investigating the case said: "We think that whoever did this was perhaps starting to feel the heat and they clearly felt that.

"instead of doing the right thing by returning them to their rightful owner, this would be a good way to wash their hands of them.

"What has happened here though is an offence, not only of theft but also under the Animal Welfare Act 2006, under which those responsible could face up to six months in prison or a fine of up to £20,000."

Anyone with any information regarding this incident can leave a message in confidence for inspector Taylor by calling the RSPCA inspector appeal line on 0300 123 8018.

This is where the kittens were found: 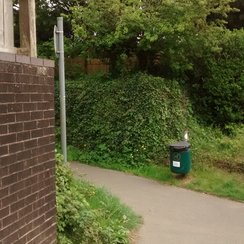