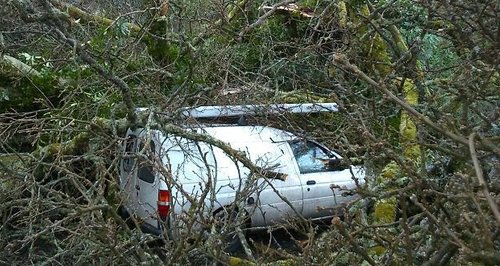 Cornwall Fire and Rescue service say it was 'a miracle' that a driver survived after a big tree fell on his van at Mullion.

Luckily when the tree fell large branches came down around the body of the van protecting the driver leaving him unharmed.

The A3038 Helston to Lizard road will remain closed until lunchtime so workers can cut up the tree.

It'll take workers around 6-hours to cut up the tree and the road is likely to remain closed near the turning for Mullion until midday tomorrow (Tuesday).

It's affecting traffic between Helston and the Lizard.

A diversion is signposted.