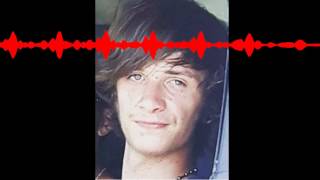 Finnian Layland-Stratfield hasn't been seen since around 6pm on Saturday 8 July 2017.

His rucksack was found by a walker on the cliffs above Hole Beach in Tintagel between 5pm and 5.30pm on Sunday 9 July.

His family and the police are appealing to anyone with any information about his whereabouts, or who may have seen or heard from him since Saturday to contact the police.

Finn is described as white, 5ft 9ins tall with a slim build. He has dark brown medium length hair with a long fringe.

He is clean shaven but has some fluffy facial hair. He has a black ear stretcher in his left ear, a tattoo NOAH 2005 on his left forearm and a tattoo of a Salamander on the rear of his right shoulder.

He was believed to be wearing a blue Superdry hoodie, grey/black jeans with holes in the knees and black army style boots and was carrying the rucksack which was  khaki green in colour around two feet in length with pockets.

Heart's been speaking to Finn's mum Rebecca, who says they just want him home safely.

She's also thanked everyone who's been helping them to look for Finn.